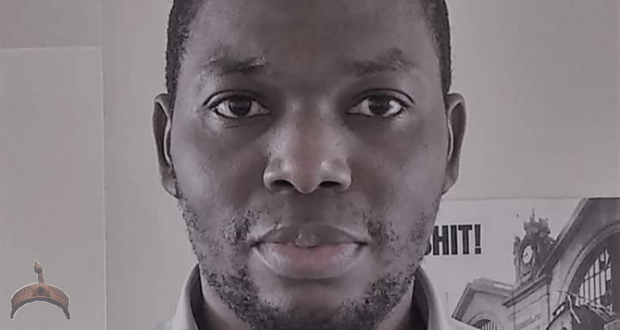 If there is truly a real freedom fighter without any kind of vested interest aligned with the principle of the empire, then that person is Adeyinka Grandson.

There is one person that is not like the usual Nnamdi Kanu, Sowore, or the late Yusuf, whose interest runs counter to that of the western puppet master. i.e. the anglozionist empire. That person is Adeyinka Grandson.

So there is an urgent need for a new Nigeria with the same principles of the Berlin conference where over 200milion people will be divided again according to the interests of the dying empire.

See the reports bellow from the acting president of Young Yoruba For Freedom.

The acting president of Young Yoruba For Freedom, Dimeji Akere, has revealed that the substantive president of the organisation, Adeyinka Grandson was convicted on a charge of racial hatred against the Igbo, Fulani and the English.

Akere said this is in a broadcast on the YYF Facebook page on Wednesday.

He said, “Our president defended himself to the extent that the prosecutor was devastated, depressed and wanted to bring on another lawyer but the judge said that he must complete the trial.

“However the jury that they brought, a 12-man jury found him guilty of racial hatred against the Igbo, Fulani and the English.

“In all the videos that Adeyinka Grandson has done, there was never a time he spoke about going to other people’s land, everything that we want to do is in Yoruba land.

“The jury convicted him based on only one video.”

Akere added that the final judgement on the case will be given on January 7, 2022.