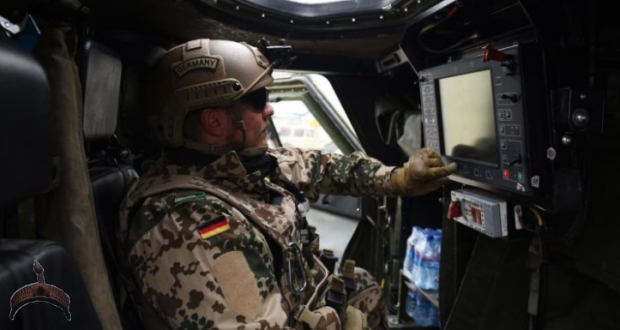 Posted by: AbubakarMuhd in World News Comments Off on Us Coalition Allies Fleeing Iraq As Region Braces For Possible Iran-us War

On January 7th, NATO announced that it was withdrawing a part of its forces from Iraq. A spokesman for the trans-Atlantic military alliance said that “the safety of our personnel is paramount” and that some troops would be moved “both inside and outside of Iraq.”

“NATO maintains a presence in Iraq. And we are prepared to continue our training and capacity-building when the situation permits,” the spokesman told German news agency dpa.

This follows the decision to stop all NATO training missions in Iraq as of January 5th.

The NATO training mission is separate from the US-led coalition in Iraq, which has around 5,200 soldiers stationed in Iraqi bases.

Around 500 trainers, advisers and support staff have been taking part in the training mission.

Germany already withdrew some of its soldiers from Iraq, it has a contingent of 130 and on January 7th 35 of them were relocated to Kuwait or Jordan.

Hungary’s defense minister Tibor Benko said Hungarian soldiers in Iraq were ready for evacuation “if necessary”, the official MTI agency reported. Benko added that unless Hungary’s soldiers were asked to withdraw, they would continue their mission.

Around 200 Hungarian soldiers are stationed in the northern Iraqi city of Erbil, both as part of NATO’s training mission and the broader coalition against ISIS.

Approximately 500 Canadian troops are present in Iraq and an unspecified number of them will be moved temporarily to Kuwait in the coming days to ensure their safety amid rising tensions in the region, General Jonathan Vance, chief of defense staff announced.

A letter from General Jonathan Vance, Chief of the Defence Staff, to Canadians about our deployed personnel in the Middle East. #OpIMPACT

Romania also announced a part of its contingent was leaving Iraq.

“A part of our military in Iraq has already been relocated,” said Romanian President Klaus Iohannis.

According to the ministry, “the 14 Romanian military personnel who were on a mission in Iraq” were to be “temporarily relocated to another base of the [NATO] coalition”.

“Romania remains firmly committed to the battle against international terrorism,” said the Defence Ministry in a statement that also voiced Bucharest’s willingness to redeploy its military personnel in Iraq in line with “the evolution of the situation in the area”.

The Croatian Defense Ministry, too, announced that it was relocating its mission from Iraq to Kuwait.

Fourteen Croatian troops were relocated to Kuwait and seven members of a second Croatian contingent, whose mission is over, will return to Croatia.

“We are monitoring the security situation with our allies and appropriate decisions will be made in coordination with the allies,” the Croatian Defense Ministry said.

Slovenia said that the 6 soldiers that are in Iraq, in Erbil, were to remain there for the time being.

Italy said that no withdrawal of its troops from Iraq was planned, and its approximately 50 troops would remain, despite all of them being there for a training mission that’s been halted.

The UK hasn’t announced that any of its approximately 400 troops would be relocated or withdrawn.

Finally, France, too, said that it had no plans to withdraw its troops from Iraq. Its 160 troops would remain there to contribute in the fight against ISIS, which is Paris’ priority.

Several countries announced travel restrictions to Iraq, such as New Zealand, India, the UK changed its travel advisory as of January 4th.

On January 5th, the US Department of State issued a travel advisory urging all US citizens to immediately depart from Iraq.

Taiwan’s largest carrier China Airlines said that it will not fly over Iran or Iraq due to regional tensions.

Singapore Airlines Ltd said after the attack on US bases in Iraq that all of its flights would be diverted from Iranian airspace.

South Korean airline Korean Air said it had been avoiding Iranian and Iraqi airspace before the attack on US troops.

China, too, diverted all flights away from Iraq and Iran.

Airlines and the United Nations’ aviation agency have started to monitor strategic airspace over Iran and Iraq. With some commercial carriers still serving those countries and others flying over their airspace, the International Air Transport Association (IATA)also issued a statement reminding countries of their obligation to communicate potential risks to civil aviation.

“It is critical that states live up to this obligation as tensions in the Middle East rise,” IATA said.

Previous: #IranAttacks: All Is Well, Says Trump After Iran’s Rocket Attacks On U.S. Troops
Next: #IranAttack: Iranian Tv Claims ’80 American Terrorists Killed’ As Us And Iraq Deny Any Casualties