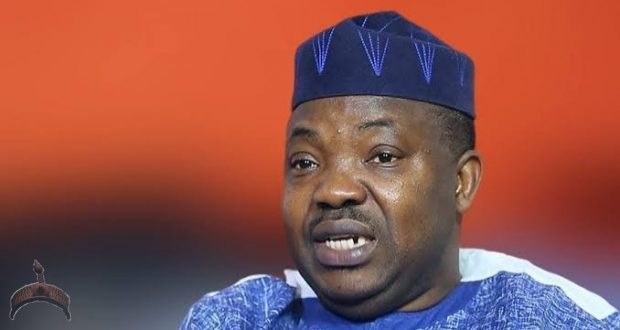 In a related development , the pan -Yoruba socio -political organisation , Afenifere, said the Operation Amotekun should be left to work separately .

The group also said the Operation Amotekun should not be put under the about -to -start community policing scheme , and call on the Federal Government not to attempt to make the Amotekun a subordinate of the Nigeria Police.

The Inspector General of Police , Mohammed Adamu, had in a wireless message to state commissioners of police last week, directed them to work with traditional rulers with a view to recruiting constables for community policing .

Afenifere, in a communiqué issued at the end of its monthly meeting at the residence of its leader , Pa Reuben Fasoranti, in Akure , the Ondo State capital on Tuesday, said Amotekun had come to stay .

The group, in the communique by its National Publicity Secretary, Mr Yinka Odumakin, said Amotekun should be independent in carrying out the security of residents of South -West with “ defined operational cooperation with the police but not its subordinate.

“ While Amotekun has now come to stay there must be no let or hindrance in the pursuit of a federal Nigeria so we can revert to the multi-level policing status of Nigeria of the past which saw the Nigerian Railway corporation having it ’ s own police . ”

Afenifere said it reviewed the recent struggle to assert the right of the South – West to establish Operation Amotekun and concluded it was a battle won against “ the imperial Federal Government by the strong will of the west and its freedom loving friends across Nigeria . ”

According to the group, only carpenters posing as lawyers would ever say that security is on any exclusive list as there is no law that stops individuals from securing their premises let alone state actors.

It stated, “ The jejune argument by spokesmen for our tormentors that the FG has failed to protect us against , that having a security outfit that cuts across states is unacceptable , was seen as a non – sequitur as Yoruba are a homogenous group once under a region which Nigeria broke into states. ”

“ The meeting affirmed that Yoruba would find it hard to oppose Amotekun in any other part of Nigeria if it owns Hisbah, Lafiya Dole and harbors Boko Haram and Miyetti Allah that are tormenting the country and making President Trump to consider placing Nigeria on travel ban . ”

Afenifere commended the Senate President for supporting the restructuring and the review of security architecture of the country. It also urged the National Assembly to see the matter as the urgent business at the present moment .

It added, “ We commended the six South -West governors for standing firm on the Yoruba consensus on Amotekun without blinking . They showed they are proper Yoruba men . We equally appreciated our friends in Ohanaeze , Pan-Niger Delta Forum and the Middle Belt Forum who stood solidly with us ”.