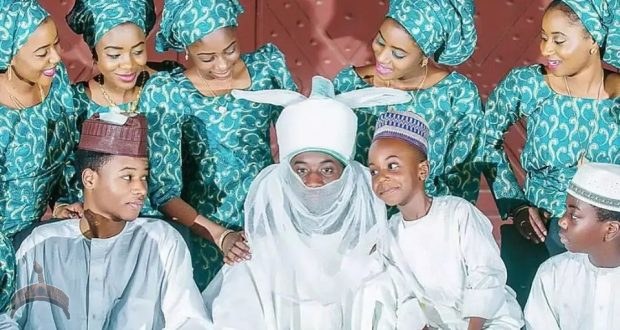 Nigerian population is a ‘liability’ – Emir Of Kano, Sanusi

Posted by: AbubakarMuhd in Breaking News, Metro life, Politics Comments Off on Nigerian population is a ‘liability’ – Emir Of Kano, Sanusi

Sanusi has 12 children, five boys and seven girls, from three different wives, Sadiya Ado Bayero, Maryam, and Rakiya as of 2015.

Yet he thinks that the Nigerian population is a ‘liability’.

Let’s for a start put aside his condescending Bourgeoisie ‘divine right of kings’ sense of entitlement (which has brought down everything good about Nigeria), where did he get his data from?

If governments (again populated by the so called upper and middle classes at the decision making level) cannot conduct decent census with all the resources they claimed to have out behind the exercises, people just make up your population figures for you.

So, in effect, this feudal lord has based his conclusions on false premise. A premise that even if it were empirical, would also have his conclusion a fallacy. China and India are the emergent global powers and they have around 2.4 billion people between them. That’s roughly two-thirds of the global population of 7 billion.

There are other countries with more population that Nigeria which are doing well on all developmental indices. Indonesia has 264 million people. The country is a cluster of big and small islands and in 1960 was way below the developmental curve of Nigeria.

In fact, the palm oil and electricity plan of Indonesia and Malaysia was based upon the blueprint Nigeria had.

Brazil and Pakistan are also doing better than Nigeria on all fronts. Never mind that Pakistan have had major issues with extremism and insurrection for a long time before we got on the Boko Haram bandwagon. And Pakistan hasn’t got the abundance of Natural resources that Nigeria has.

So on the basis of rational argument or thinking, it is safe to deduce that the LIABILITY we have in Nigeria are the political class and the elites in business and society.

It wasn’t Musa at the gate who spent over $30 billion on electricity without being able to have it for more than 4 hours a day.

It wasn’t Terhungwa the yam farmer that is supposed to plan the national strategy for industrialisation.

Neither is it the task of Funke the hairdresser to enforce the law and the constitution.

Sanusi is an analogy of the destructive, virulent and utterly greedy upper class always putting the blames of their failures on the masses.

Population, especially with the land mass we have got, is a blessing! If our economy went into the overdrive like we had in the 70s and 80s, we’d be inviting many more millions of people to come help us.

But these lot have made sure that the kids don’t grow.

A man with 12 kids from 3 different women thinks you don’t have a right to procreate because you’re poor. tin-god.

I don’t even know any of my contemporaries – those of us who married late into our mid thirties because we have to cover the basics to make ends meet and bring a woman into it – who have got more than 3 kids.

At least Jakande poultry classrooms and Awolowo’s vision gave us the courage to think we could aim higher and travel far more than our parents.

The thing that has been wilfully denied the millions of Almajiris in the North and NOT BEING ADDRESSED, LET ALONE REDRESSED.