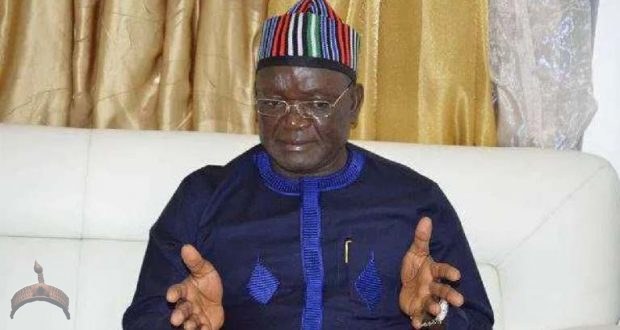 Posted by: AbubakarMuhd in Local News, Politics Comments Off on I ran two kilometers to escape death – Gov Ortom

By Peter Duru, Makurdi Governor Samuel Ortom of Benue State has narrated how he ran for close to two (2) kilometres after suspected armed herdsmen, numbering about 15, attacked him in his farm at Tyo-Mu community, near Makurdi, the state capital, yesterday morning. The visibly shaken governor, who explained that the incident happened at about 11a.m, said it took the grace of God and the bravery of his security personnel to repel the attackers.

Ortom has been in the forefront of the fight against criminal herdsmen, claiming they had been killing his Benue people in their plot to take over their ancestral lands. He ensured a law was enacted by the state House of Assembly against open grazing of cattle in the state as cattle destruction of farmlands has been a source of conflict between native farmers and herdsmen. “You know today is Saturday and it is normal as a farmer, I usually go to my farm on Saturdays”, the governor told journalists after the gun attack yesterday.

“So I went to my farm along Gboko Road and, while trekking out of the farm; on our way back, we started hearing gunshots and we saw people a little afar who were dressed in black and from experience, we realized that these were the criminal militia. “I did not want to take things for granted because, few days ago, the media were awash with a statement from Miyetti Allah, which had met in Yola, the same place they met in 2016, where they declared that they will take over Nigeria and that every other person is a slave and that was when they started infiltrating the entire country.

“They came out with a statement singling me out as the only person who is creating problem for the entire Fulani race. “And behind the scenes, I also heard that in the meeting, I was targeted for elimination, this was the information I got. That they will go after me either in my home, farm or wherever they could get me. “This is not the first time, I got intelligence report that these people said that they were going to kill my security aides and capture me alive and gradually kill me.

“But like I always say, my life is in the hands of God, not in the hands of any Fulani man or anybody whatsoever. “And I still remain firm, I will fight for the truth, equity and fairness till when God permits  that I will not be here again, then I will go. Appreciation “I appreciate the security personnel attached to me, they were able to repel them and they could not have access to me. “I thank God for my fitness too. To be able to run for close to two kilometres without stopping, means that God has given me strength, and I am grateful to God”.

Quoting from Martin Luther King Jnr. who said “if peace means keeping my mouth shut in the midst of injustice and evil, I don’t want peace; if peace means willingness to be exploited economically, dominated politically, humiliated and segregated, I don’t want peace.’ Ortom said, “I stand with him.” The governor continued: “I am not going to subject myself to intimidation by anyone whatsoever. I don’t have problems with Fulani race “I don’t have problems with any Fulani man or the Fulani race, but I have problem with Fulani bandits, who have vowed to take over Nigeria as their ancestral home and I say no, not when I am here as governor leading my state.

“I am not concerned about other states, any state that wants to give their land and themselves to be slaves to Fulani men, I have no problem with them but, in my state, I have consulted with my people and what I am doing is in line with the wishes of my people, and on that I stand. I have not infringed on anybody’s right. “My lawyer is here, he is going to make a petition against the leadership of Miyetti Allah because they came out to target me and, behind the scenes, they are planning to eliminate me in my own land.

“If I can’t go to the farm as governor with the entire security around me, then who else can go to the farm? You can imagine the pains that we have here in Benue State. President’s AK47 rifle order “Thank God for Mr. President, who responded to my letter directing that anymore illegally in possession of AK 47 should be shot at sight. “However, I am yet to see that. Let me see it happen in Benue State. I have reported this to security agencies and I hope that this will be done so that the land will be safe for our people to go to farm and do their work and survive and live good life. “Here in Benue State, we are not against the Fulani or Hausa or Igbo or any tribe, even white people; we are ready to provide land for ranching; that is what the law says.

“I want to call on Mr. President, I want to call on the security agencies to fish these people out. They are in the forest between Makurdi and Abinsi. They are living there and coming out to commit atrocities and evil, killing our people, maiming them, raping women and destroying our farmlands. “And anytime our Livestock Guards and security agencies go after them, the run back into the forest across the river.

This is not fair, I am going to make a petition against the leadership of Miyetti Allah because I hold them responsible. “I have been calling for the arrest of these people since 2017 and they are going about their normal businesses in Abuja, in Yola, Kano and everywhere without security personnel inviting them for questioning. 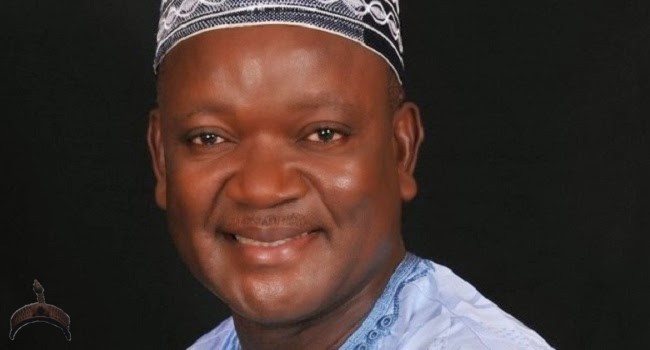 APC governorship competitor in Benue state, Samson Ortom has won the governorship decision in the state. He pulled a sum of 422, 932 votes to secure triumph from PDP’s applicant, Terhemen Tarzoor who pulled an aggregate of 313,878 votes.