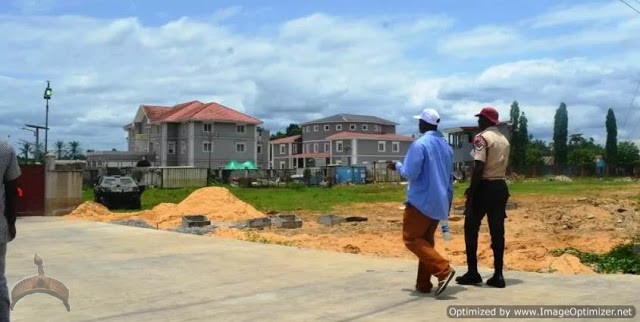 Two detours, mounted by the agents of Battalion 5 of the Joint Task Force Operation Pulo Shield, were arranged on either side of the open compound. Developments were limited around the premises. On Thursday evening, the forces captured a writer with The Punch Newspapers for taking photos of the compound.

PREMIUM TIMES has now gotten a couple photos of the structures in the premises.