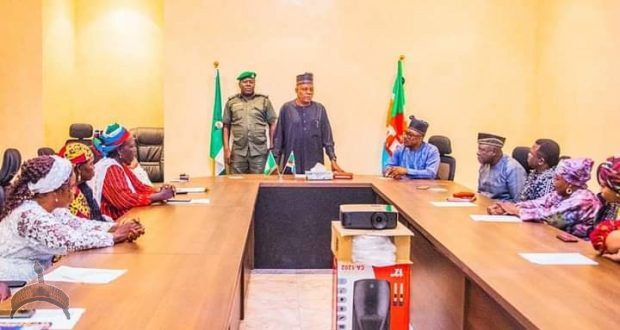 Pastor Yusuf Usman, national coordinator of Northeast Christian Community Leaders stated this when he led other members of the association on a courtesy call on Senator Shettima to commemorate his 56th birthday in Abuja. He noted that God’s favor is on Senator Kashim Shettima given his long affiliation, sacrifice and support for the Church and particularly Northeast Christians.

Pastor Usman who attributed Shettima’s successes and excellent public service records to the fear of God in him as well as his devotion to ensuring justice, peace and fairness in all his policies and programmes, said they were convinced that the Tinubu/Shettima ticket will further promote religious tolerance and make life more meaningful for the ordinary man, than the fear of a Muslim Muslim ticket being proffered to be weaponised by others.
” Those who have flooded the space, aiming to put fears with the narrative of the Muslim – Muslim ticket should rather be more concerned with which of the candidates has the capacity for service delivery, national integration and growth.
” We know you, we have followed your track record of achievements as Borno governor and as church leaders, we have come to encourage you to remain steadfast given that it is on record that as governor of Borno State, you built and rebuilt churches, especially at the behest of destructions by the Boko Haram sect.
“It is also known to us that you sponsored over 400 Christians yearly to Jerusalem for the Holy Pilgrimage. You protected and empowered Christians and thus found favor before the Almighty God. Your nomination is indeed the will of God as you never showed interest to become Tinubu’s running mate”, the Christian organ emphasized.

Speaking also at the event, Bishop Charles Yohanna, who doubles as the North Central director of Christians In Politics, said research has shown that most grassroots Christians especially in the north, were unmindful of the much orchestrated Muslim-Muslim ticket but rather more concerned with a better life and better leadership.

He urged Kashim Shettima to ensure that no stone was left unturned in the bid to reach rural Christians as they form the bulk of voiceless Nigerians who would rather vote for capacity, vision, empowerment plans and programmes than on religious lines.
Thanking the delegation for their visit and prayers, Senator Kashim Shettima said he would work towards ensuring a legacy of quality governance and solve existential threats that threaten the security of the country.
” For me, leadership is trust. I will rather lose elections but do the right thing. I always make it a fundamental part of me to ensure justice, fairness and equity in all I do. And given the fact that the common issues of poverty, strife and hunger have no religion, it is our collective responsibility to ensure that we all work together to ensure a peaceful, developed and blessed nation for us and the generations after us”, Senator Kashim Shettima stated.

He said against the backdrop of the fear of Islamization, the APC presidential candidate, Asiwaju Ahmed Bola Tinubu was a most derltribalized leader who will stop at nothing to ensure a freest tolerant Nigerian. He said their leadership will bring economic stability and strengthen the potential of Nigeria’s unity.

Previous: My Life Under Threat Over Queen Elizabeth’s Tweet – Prof
Next: 2023: Keyamo, American Clash On Twitter Over Obi 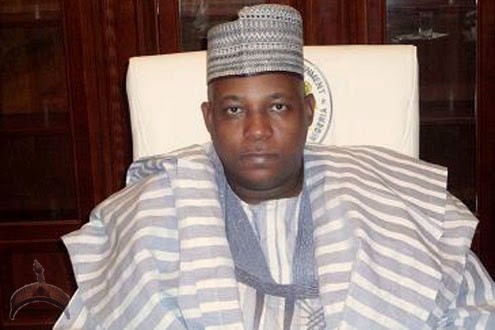 GBAM! ‘FFK Is Physically An Adult But Mentally An Infant’ – Gov.Shettima

In an announcement released yesterday, PDP Presidential campaign  representative, Femi Fani-Kayode claimed that Governor Shettima of Borno state, APC Presidential competitor Gen Muhammadu Buhari and APC Publicity Secretary Lai Mohammed know the whereabout of the missing Chibok. Responding to the charges by means of his media helper, Malam Isa Gusa, Governor Shettima argued that nobody ought to take Fani-Kayode seriously as he is physically a grown-up yet rationally a youngster. He talked with writer in Abuja. What he said bellow… Representative of ...