Don't Miss
Home / Politics / This Is Not Nigeria Of Your Dream, Secondus Tells Obasanjo 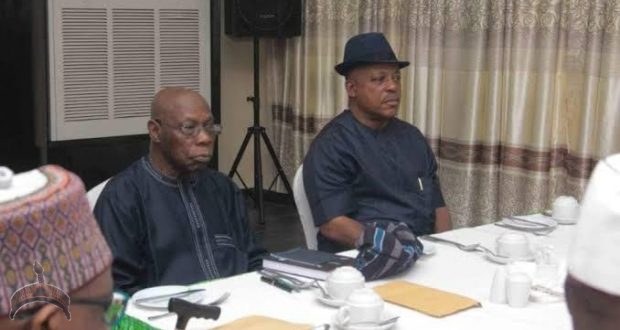 This Is Not Nigeria Of Your Dream, Secondus Tells Obasanjo

Posted by: chucks in Politics Comments Off on This Is Not Nigeria Of Your Dream, Secondus Tells Obasanjo

As former President, Chief Olusegun Obasanjo marks his 83rd birthday today, he was been reminded of the need to continue contributing his quota to nation building until Nigeria attains the developmental status of his dream.

National Chairman of the Peoples Democratic Party (PDP), Prince Uche Secondus in a statement, said that despite Chief Obasanjo’s outstanding contributions to the development and progress of the country, Nigeria of today is certainly not what he dreamt of.

Pouring encomiums on the former President on his birthday anniversary, Secondus said Chief Obasanjo stands out glaringly as a foremost national leader who does not allow tribe, religion or political party affiliation block his vision of leadership.

He said that Obasanjo’s unflinching faith in the oneness of Nigeria cannot be diminished even as the challenge of the current leadership is threatening the existence of the nation.

“Mr. President, as you celebrate, please note that the country you fought for its unity is being torn apart with her citizens in despair due to poor leadership,” the chairman stated.

Prince Secondus prayed God to grant Chief Obasanjo longer years ahead to witness the turn around that will result in the Nigeria of his dreams.

In his birthday greetings, former Vice Presidential candidate of PDP, Mr. Peter Obi commended Obasanjo for his patriotism and huge sacrifice to the nation.

Obi said in a congratulatory message said history will be kind to Obasanjo for his contributions to the development of the country.

The former Anambra state governor said that Obasanjo’s commitment to the unity of this country has remained exceptional and glaring.

Obi prayed God to grant him many more fruitful years ahead especially as the country is going through enormous challenges that require the ideas of experienced elder-statesman like him.

Previous: Protest In Kano Over Alleged Blasphemy Against Prophet Muhammad
Next: Update on the Turkey vs Syria, Russia and Iran