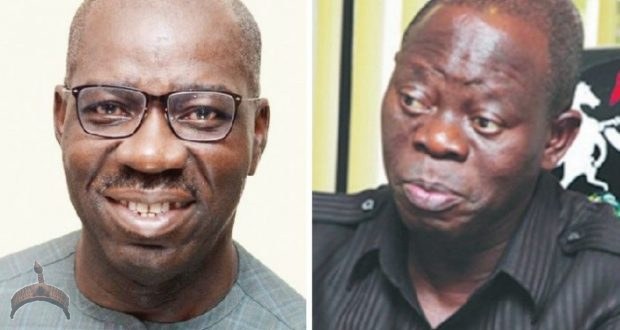 The All Progressives Congress (APC) has condemned Saturday evening’s attack on the Benin residence of the party’s National Chairman, Comrade Adams Oshiomhole, by political thugs. The APC National Publicity Secretary, Malam Lanre Issa-Onilu, who said though the APC National Chairman had called for calm after “the apparent attempt on his life”, appealed to the Inspector General of Police (IGP) Mohammad Adamu and other relevant security outfits to investigate the incident and prosecute the sponsors and attackers.

“In Edo state, just as in any other state, everyone must be free to go about their normal and legitimate activities without harassment, intimidation, threat to life and property. “It is clear that the sponsors of the attack are bent on causing crisis in the state in pursuit of their desperate and unpopular political interests. Human life is greater that anyone’s political ambition,” Issa-Onilu added.

Oshiomole Says Obaseki Behind Siege To His Home

There is a frosty relationship between the party chair, who is the immediate past governor and his ‘godson’ — Governor Godwin Obaseki— ostensibly over the governor’s second term bid.

Explaining the Saturday night ‘attack’ on the chairman’s home, Oshiomhole’s spokesman Simon Ebegbulem told The Nation on the telephone: “The National Chairman was in Benin on Saturday to attend a birthday party. While he was still at the party around 8pm, the state government sent thugs to his house. They were over 50 singing war songs.

“They blocked the entrance of his gate until the security people there called those with him (Oshiomhole) to alert him about what was happening. That was how APC youths were swiftly alerted and they stormed the house with policemen.

“The thugs fled when they saw the youth and policemen. We are wondering what thugs will be doing at the residence of the national chairman at that time of the night.

“If the national chairman had arrived there without knowing, they would have attacked him. We are accusing the state government because the governor has been clamping down on all those opposed to him.”

Ebegbulem claimed that the action at Oshiomhole’s home, was part of the resolution reached at the last Exco meeting that all opposing anti-Obaseki second term bid be attacked.

But Governor Obaseki denied having anything to do with the attack. The governor’s spokesman Mr. Crusoe Osagie said: “It is a lie. There was no attack. Nothing happened in the area where Oshiomhole lives.

“The Edo State government has said it has no knowledge of the purported attack on the person or residence of Comrade Adams Oshiomhole. We have no knowledge of the attack. We have also reached out to the police, and they affirmed that they do not know about such an attack.”

Edo Police Commissioner San Mallam Abubakar also denied there was an attack. The police chief said some persons at the party chairman’s home planning a protest were dispersed.

However, the APC and Deputy Senate President Ovie Omo-Agege condemned “the attack” and called on the police to investigate it.

In a statement, the party’s National Publicity Secretary, Lanre Issa-Onilu, said: “Although, the APC National Chairman has rightly called for calm after the apparent attempt on his life, we call on Inspector General of Police (IGP) Mohammad Adamu and other relevant security outfits to investigate the ugly incident and prosecute the sponsors and attackers.

“In Edo State, just as in any other state, everyone must be free to go about their normal and legitimate activities without harassment, intimidation, threat to life and property.

“It is clear that the sponsors of the attack are bent on causing crisis in the state in pursuit of their desperate and unpopular political interests. Human life is greater that anyone’s political ambition.”

Senator Omo-Agege described the development as “callous, cowardly, inhumane and totally unacceptable that should be condemned by all.”

A statement by his Special Adviser on Media and Publicity, Mr. Yomi Odunuga, quoted the Deputy Senate President as noting that politics should not be allowed to degenerate “to a situation where violence becomes the language of activism by both politicians and their supporters, no matter how disgruntled such persons may be.”

He said: “Such criminal attack, remains utterly condemnable and illegal. Whatever their grievances, they should learn to explore dialogue rather than resort to violence.

“I call on the police to get to the root of the matter by prosecuting those involved in the act. It is my belief that the fine principles and ethos of democratic practice do have inbuilt mechanisms through which internal wrangling can be resolved without recourse to violence as it was the case in Edo State on Saturday.

“I would like to call on the parties involved to explore those options that would strengthen the party as entrenched in the constitution of the APC as that is the best way to move the state and the nation to the Next Level in which all citizens are expected to reap the dividends of the trust they reposed in the government led by President Muhammadu Buhari”, he said.

…we’re not aware of any attack… – EDSG

Some armed political thugs have reportedly attacked the Benin City residence of the National Chairman of the All Progressives Congress (APC), Comrade Adams Oshiomhole.

Led by one Muktari Osagie and Ebo Stone, the thugs were seen chanting anti-Oshiomhole songs, declaring their motive without any form of restraint nor discretion.

The thugs were said to be supporters of Governor Godwin Obaseki, his Deputy, Philip Shaibu and the Secretary to the State Government, Osarodion Ogie.

Igbere TV, however, gathered that the APC national chairman was not at home when the thugs arrived. He was said to be attending a friend’s occasion at a nearby residence.

The thugs said to be state-sponsored, remained at Oshiomhole’s residence, chanting various songs apparently awaiting to accost the national chairman upon his arrival.

“But for the swift intervention of a combined team of army and policemen, the thugs would have vandalized the building”, a source who pleaded anonymity told Igbere TV.

According to a police source, “Information spread to us and a combine team arrived the scene. We dislodged them and the situation was brought under control”.

We have no knowledge of alleged attack on Oshiomhole – Edo govt

The Edo State Government has said it has no knowledge of the attack on the the residence of the APC National Chairman, Comrade Adams Oshiomhole.

In a statement by Special Adviser to the Governor on Media, Crusoe Osagie, the government said, “We have no knowledge of the attack. We have also reached out to the Police, and they affirmed that they do not know about such an attack.”

Previous: Davido Fires A Troll Who Snapped at his Voice.
Next: Funny Video: Lameda, come and carry your papa oh ! 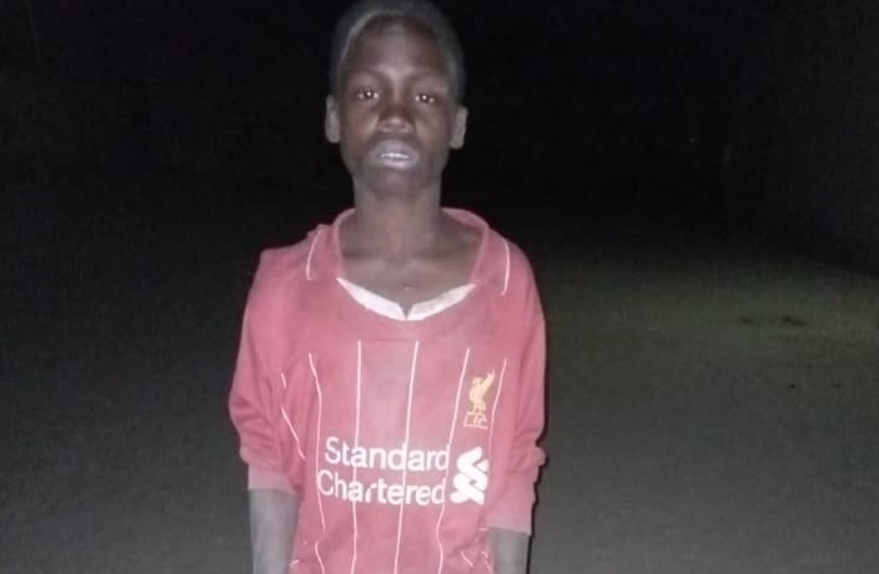