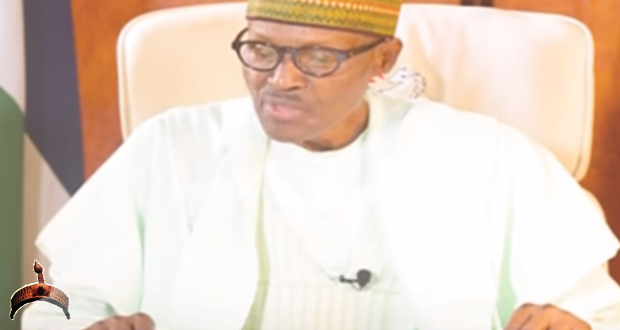 Posted by: Lolade in Breaking News, Politics Comments Off on Why hate Muhammadu Buhari?

How do I vilify a man who is guided by the doctrine of social justice? Ayo Fayose who literally wish Buhari death was recently paid a whopping sum of N11 billion as refund of money spent by Fayose to rehabilitate FG roads in Ekiti.

A vain and petty man would have denied Fayose any benefits from the federal government but not Buhari. Obasanjo denied Tinubu his constitutionally permitted allocations to Lagos LGs and even refused to restore it when the Supreme Court said so! Timipreye Silva was booted out of office for daring Jonathan.

President Muhammadu Buhari, like a father he is, has remained like a dumpsite where all refuse are heaped on. And with measured equanimity, he accepts the shenanigans of everyone.
A serving minister recently openly kicked against his re-election, yet she still remains in his cabinet. Buhari didn’t sack her for exercising her constitutional right to free speech. Who tolerate such affront if not a Buhari?

He is being accused of obstinate dogmatism, some said he is insensitive and a religious bigot and ethnic jingoist, yet he remains stoic without pandering to the expectation of the naysayers. Never for once has this man spoken from the mosque, yet we call him an Islamic ‘agendaist’.
We remember how GEJ used every church podium to address the nation when he was in the same seat, yet he wasn’t accused of christianizing the nation. For Buhari, it is always a forced ascription.

We accuse the man of populating the nation’s security architecture with only northerners but praise the western domination of our economic team.

We accuse the man of nepotism yet none of his children are holding any position. What exactly is the fault of this man? Beyond the blanket generalization of ‘he has failed’? Which of the problems facing the nation is new and wasn’t inherited?

You have a president without an oil well, no private jet and ownership of shares in our national asset yet you vilify him? Do you rather prefer a man who left the prison with barely 200k but after ruling Nigeria for eight years is now so rich, if not richer than Nigeria? This is the man talking about Corruption

He inherited an economy in recession and under three years pulled the country back from the economic abyss. In the process, Nigeria suddenly emerged as a rice-growing country. Yet we say he has done nothing.

He has spent less than $4bn on electricity and produced 7000 Megawatts of electricity under three years, while some people spent over $20bn and left us with less than 2000megawatts after 16 years

You can accuse president Muhammadu Buhari of slow decision taking, but certainly not of unfair dispensation of the nation’s resources. He is too guided by conscience to treat Nigerians in unequaled template. The man has nothing to gain by changing from a good man to a bad man in his late 70s.

Let not our personal biases and prejudices push us to vilify an innocent man who is doing everything possible to right the wrong of governance.