Don't Miss
Home / Uncategorized / Iranians: The people the West are allowed to assassinate 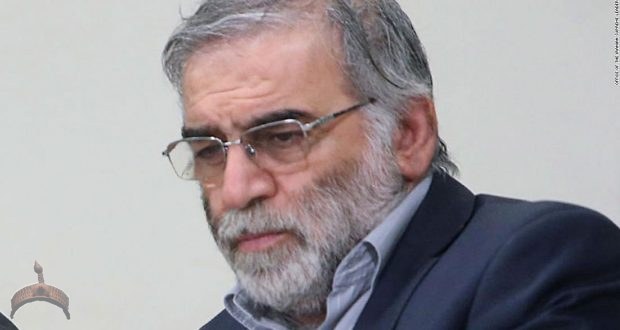 In this picture released by the official website of the office of the Iranian supreme leader, Mohsen Fakhrizadeh, right, sits in a meeting with Supreme Leader Ayatollah Ali Khamenei in Tehran, Iran, Jan. 23, 2019. Fakhrizadeh, an Iranian scientist that Israel alleged led the Islamic Republic's military nuclear program until its disbanding in the early 2000s was killed in a targeted attack that saw gunmen use explosives and machine gun fire Friday Nov. 27, 2020, state television said. Two others are unidentified. (Office of the Iranian Supreme Leader via AP)

Posted by: BalogunAdesina in Uncategorized Comments Off on Iranians: The people the West are allowed to assassinate

by Ramin Mazaheri and crossposted with PressTV

The recent assassination of Iranian nuclear scientist Mohsen Fakhrizadeh – and the total silence regarding any sanctions on those who illegally played judge, jury, invader and executioner – reminds us how very unique Iranians are: Iranians are the people whom Westerners feel they are legitimately allowed to assassinate.

The citizens of which other country get so shamefully and shockingly assassinated by Westerners with such regularity in the 21st century?

We can’t compare the assassinations of Iranians with allegations (which did arise amid a once in a half-century Russophobia campaign in the West) that Russia poisoned a convicted double agent inside the United Kingdom. Not only did Western countries issue actual condemnations, unlike with the illegal murder of Fakhrizadeh, but they even expelled over 150 Russian diplomats.

The largest point to make clear is regarding why Iranians get this extraordinary (inhumane) treatment. It’s important for journalists to answer the short-term question of, “Why Fakhrizadeh?”, but we must also answer the long-term question of “Why Iran?”

There are several answers to “Why Iran?” Firstly, Iranians are an “expendable” people:

For a few centuries Westerners have regarded Iranians (as well as many others) as people who own things of value (natural resources), but who can produce nothing of value. Value is derived from supporting not just Westernism, but a Westernism which is totally unleavened – Westerners might say “contaminated” – with any non-Western ideas. Those who work for systems which do not conform to Western desires – no matter how great the democratic legitimacy of these systems -can be assassinated at will, in Western eyes. This is why the killing of a Qasem Soleimani or Fakhrizadeh does not merit consequences, unlike the assassination of a French general or a Japanese scientist.

Secondly, Iranians are a “ignorable” people:

Even though Iranians are so very expendable, they must also be ignored in the 21st century. The problem is: Iran keeps attracting well-wishers and like-minded people. Iran has allies in Iraq, Syria and Lebanon due to centuries-old cultural ties, but Iran also has allies in places like China and Venezuela precisely because Iran can talk about more than just religion.

Lastly, because Iranians refuse to be expendable and because they do things which are worthy of meritorious recognition, Iranians are thus an “assassinatable” people:

Iranians are assassinated because they show to the Muslim world and beyond that resistance to Western imperialism is not only possible, but that it produces far, far greater domestic success than continuing to ape Western nations.

Iran is not so special – they are merely the last one standing. Israel assassinated Egyptian and Iraqi nuclear scientists in the 1960s and 1970s, but these two countries either decided to collaborate with Israel or were too culturally divided to resist invasion by Israel’s ally and/or master. Iran is extraordinary in the 2020 context because they have rejected cooperation with Western imperialism, something which is always obscured by Western leftists and their fake-leftist media, and – history since 1917 proves – this means the West must assassinate you.

The West became a superpower by violence, not by merit, persuasion or mutually-beneficial cooperation, of course.

This theory of Iran as the “assassinatable people” does not include the recent lie of Al-Qaeda’s #2 being assassinated in Tehran. This allegedly occurred in August but was not reported by The New York Times until just two weeks before the murder of Fakhrizadeh. Obviously, this was false propaganda designed to pave the way for the acceptance of brutally assassinating more Iranians, like Fakhrizadeh, in the minds of Westerners. It is guilt by association, no matter the historical record and the anti-terror fighting facts on the ground.

We must remember that so very much Western fake news is designed not to sway the world, nor logical people, but to plant false consciousness in their own citizens. Many Americans were shocked at the totalitarian brutality in the assassination of Soleimani – many Americans even publicly protested in Soleimani’s favor, something unthinkable in the 1980s or after 9/11. Considering how absurd it is – that Iran would peacefully host the #2 of the group which Soleimani and Iran fought for so very long (and The Times even admitted this contradiction in its (anonymous, as always) “scoop), the alleged death in Iran of that seemingly endless funeral procession of “Al-Qaeda #2s” should be disregarded. This is how 21st century Western propaganda works – it has no real political motivation/indoctrination, but only a motivation of furthering belligerent attitudes: it is designed to fuel panic and suspicion among Western citizens, which then grants their militaries approval for more war.

Israel is being blamed for the murder of Fakhrizadeh, but of course the US had to approve it. However, an Iranian reprisal against Israel or the US would definitely not trigger a large-scale war, for two obvious reasons: Iran does not want one, and because the West has absolutely zero chance of defeating Iran in a large-scale war. The proof of this truth is that Iran retaliated by firing on American forces occupying Iraqi soil after the murder of Soleimani, and there was no war with the US. The US simply lied about the damage, precisely because there is no way Western forces could hold a fraction of Iranian territory that they can in Iraq and Afghanistan.

What a major, immediate Iranian retaliation would achieve would only be to give fuel for decades of Western propaganda that Iran is a belligerent nation, even though Iran is clearly this exceptional victim of exceptional belligerence. But this false narrative is being domestically exposed in the West with each assassination.

The reality is that Fakhrizadeh’s death is something which must ultimately be bitterly swallowed by Iranians, because I doubt that Fakhrizadeh himself would want the country to go to war over his own assassination. Just as the “next man up” doctrine was successfully applied after Soleimani, so it will be applied for the martyr Fakhrizadeh, which is precisely why this physics teacher taught – for the good of the community, not the good of the individual. That’s a rather anti-Western notion, but a very successful one: Despite having just 80 million people Iran is regularly among the top 5 nations in the world in producing total STEM (Science, Technology, Engineering & Mathematics) graduates, thanks to selfless humanists and patriots like Fakhrizadeh.

That staggering achievement of modestly-sized Iran will go totally unexplained in the West, of course, and such wilful ignorance can only but continue to neuter the West’s understanding of Iran. There is no invasion of Iran possible, and there is no stopping the nation’s nuclear energy project – there is only the West’s attempted implosion of Iran’s meritorious and successful culture, which would then result in the posting of US troops in Iran.

The assassination of Fakhrizadeh is designed to inflame tensions and entrap Iran into war – this plan will not work, yet again. It’s being said that the murder is a way by Israel to “salt the earth” and prevent a restoration of the JCPOA, but it’s clear the West views Iranians as exceptional from other humans on earth: Iranians should believe that people can be assassinated on their streets without a word of condemnation, but also that Europeans are on the cusp of doing fair business with Iranians in Iran?

Maybe Joe Biden will actually win the US election, and maybe he has also had a change of heart and truly does not want to support foreign interventions and invasions after so many decades of doing precisely that? But what’s known for certain is that many Westerners only want war, and not with just Iran.

Iran is actually just like Palestine – totally assassinatable by Israel and other Westerners. But while they can take Palestinians’ land they cannot take Iranian culture and intelligence – the teaching of physics, as well as anti-imperialist thought, continues in Iran.

(Ramin Mazaheri is currently covering the US elections. He is the chief correspondent in Paris for Press TV and has lived in France since 2009. He has been a daily newspaper reporter in the US, and has reported from Iran, Cuba, Egypt, Tunisia, South Korea and elsewhere. He is the author of ‘Socialism’s Ignored Success: Iranian Islamic Socialism’ as well as ‘I’ll Ruin Everything You Are: Ending Western Propaganda on Red China’, which is also available in simplified and traditional Chinese.)

Previous: Elders invite Babalawo for Ifa consultation in Lagos
Next: The AngloZionists are trying to provoke a war with Iran 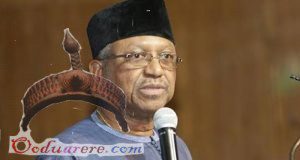 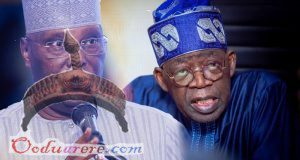