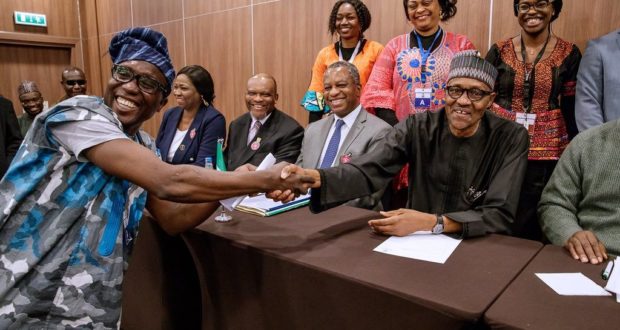 Posted by: Lolade in Local News Comments Off on Buhari counter disinformation mantra, says: “I’m not cloned; it’s really me not Jibril”

“It is really me, l assure you. I will soon celebrate my 76th birthday and l’m still going strong. I only get harassed by my grandchildren; they are getting too many.”

He made the declaration in Poland while reaching out to Nigerians living in that country within his first official engagement in ahead of the Conference of the Parties (COP24) of the UN Framework Convention on Climate Change (UNFCCC), taking place from December 2-4, 2018.

He explained many people had hoped he was dead while he was ill.

President Buhari, while giving an answer to question from the Nigerian who demanded to know  if he was the actual Buhari or the much-talked-about “Jibril from Sudan,” at a town hall meeting in Krakow on Sunday evening, said: “A lot of people had hoped that l died during my ill health. I will soon celebrate my 76th birthday; l’m strong.”

The president described the sponsors of the rumors as “ignorant and irreligious.”

“Yes, a lot of people had hoped that l was dead; they called the Vice President (Prof Yemi Osinbajo) and asked whether he should consider them because they thought l was dead.

“He visited me when l was convalescing. It is really me, l assure you. I will soon celebrate my 76th birthday and l’m still going strong. I only get harassed by my grandchildren; they are getting too many,” the President joked.

President Buhari who expressed happiness at the report by the Nigerian Ambassador to Poland, Eric Adagogo Bell-Gam, also told the audience that his administration had degraded Boko Haram who used to control about 17 local governments however now only adopt hit and run method inside their attacks on innocent citizens.

“This is because they understand the terrain better. It is not easy financing the war against terror.”

The president, while lamenting the state of infrastructure in the country, regretted that they were nothing to write home when he took over power, adding: “But now, we have been fighting that.”

On the state of the economy, the president said Nigeria had virtually stopped the importation of food, especially rice.

“I’m trying to save a lot of money, l only go out when it is necessary. My priority is to secure Nigeria.”

Responding to question on the falling standard of education across the country, he said he was always upset seeing little children carrying plates begging for food.

“I am always upset when l see little children taking bowls about begging for food. They are being denied education. Educated people are removed from ethnicity and religious politics, which is a major problem we are having in our country,” he said. 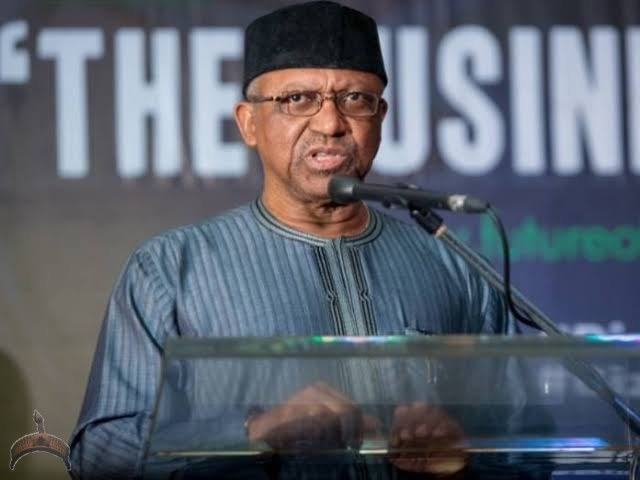