The Chief Judge of Ogun State, Justice Olatokunbo Olopade, last week freed no fewer than 38 inmates, who were awaiting trials in the five prison facilities across the state.

The prisons are located in Abeokuta, Ilaro, Sagamu and Ijebu Ode.

She said she ought to have embarked on the visitation to the prisons much earlier, but for the strike embarked upon by judiciary workers in the state.

At the prison in Ilaro, Justice Olopade pardoned six inmates, who were awaiting trial, while she set free 15 inmates at Ibara, Abeokuta prison.

She freed 12 inmates at Oba prison in the Obafemi-Owode Local Government area of the state while three inmates and two others were freed at Ijebu Ode and Sagamu respectively.

At Ibara prison, one of the lucky inmates, Oluwatoyin Akanni, who had been in the prison for two years, broke down in tears, and later said her phone was stolen by a lady and in the process of retrieving it, she told one boy about her ordeal and the boy beat the lady to death.

Another lucky inmate at the Ijebu Ode prison, Adebayo Monday, while recounting his ordeal, said, “I am a bricklayer and I was working on that fateful day when one of my friends, who found a dead body, called me to tell me one of my friends was involved in an accident. I went there and I was arrested along with my friends. ”

Obviously moved by the overwhelming number of awaiting trial inmates in these prison facilities, Justice Olopade pledged to persuade the state governor to appoint more judges and magistrates to reduce congestion. 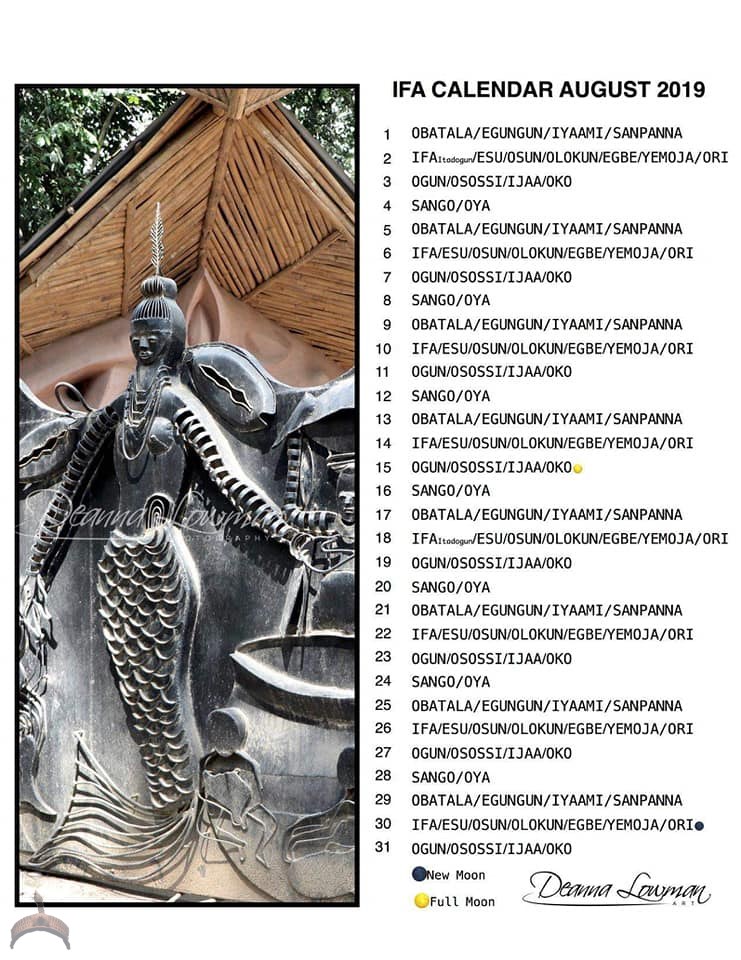 Yes it would not be wrong to call this month, August ( Osu Ogun), the month of Isese. A lot of activities happening involving me 1.Thursday August Ist :- The monthly meeting of Association of Arabas in Lagos state at 55 Okepopo street, Lagos 2. Friday August 2nd:- Appeasement of Osun from 10am to 12 noon at the house of the great woman, Late Oloye Okebukola Olaore, Yeye Osun of Indigene Faith of Africa(Ijo Orunmila Ato)Inc 1939 who donated the ...