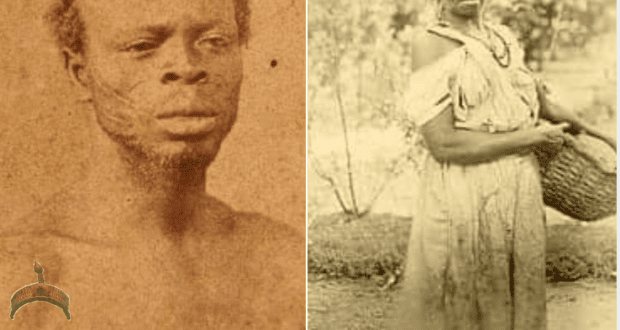 Posted by: ayangalu in Àṣà Oòduà, Breaking News, Culture Comments Off on Ìṣẹ̀ṣe the Orisa tradition of Peace and Love.

Yorùbás were not the only race that was taken as slaves during the Atlantic slave trade era.

There are several races taken as slaves too and they were taken in their numbers during that period.

And after the end of the slave trade, none of those races taken as slaves were able to retain their culture and tradition both at home and abroad.

The Yorùbás as part of the last Africans to be captured as slaves and sent to America, Cuba, Brazil, and other places just before the slave trade came to an end were able to retain their culture and religion (Ìṣẹ̀ṣe) which later became a rallying point for other non-Yoruba freed slaves that are desperate to connect back with their ancestors.

In diaspora today, the only recognized, most pronounced and the most practiced culture & religion that came out of Africa is the

If Yorùbá culture and religion can still thrive after all the suffering our fore-parents went through, from the Atlantic slave trade era to colonialism and now neocolonialism, (the discrimination, psychological torture, Physical attack, and false allegation against the adherents of ìṣẹ̀ṣe especially the practitioners in Nigeria of today) and the number of revertees keep growing every day by day, hence you need no prophet or divination to tell you that the Orisa is Divine.

The only Tradition that narrates the essence of olódùmarè.

The only Orisa tradition that says the true story of how the Earth was created.

The Only Orisa tradition has the data and information of every human being on Earth.

The only Orisa tradition that values human life.

The only Orisa tradition that places women at the forefront.

The only Orisa tradition that solves problems almost immediately, without losing your voice or hitting your head on the ground 5times daily praying to a God you don’t know neither does he know of your existence. 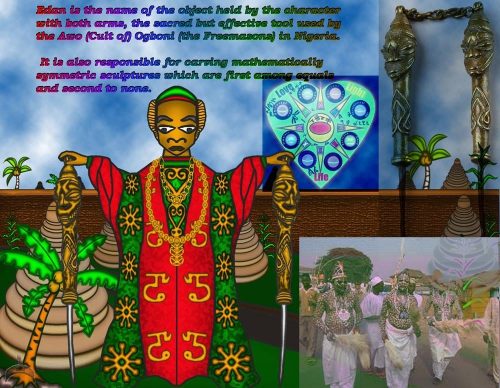 Edan is the name of the object held by the character with both arms, the sacred but effective tool used by the Awo (Cult of) Ogboni (the Freemasons) in Nigeria. It is also responsible for carving mathematically symmetric sculptures which are first among equals and second to none.Only the cult of the freemason initiates can carve human images using the Edan. Freemasons are also the custodians of ancient and sacred knowledge, including dishing out justice. It is not a secret ...