Don't Miss
Home / News From Nigeria / Breaking News / Ogbe Otura: The Importance of women in all that we do. 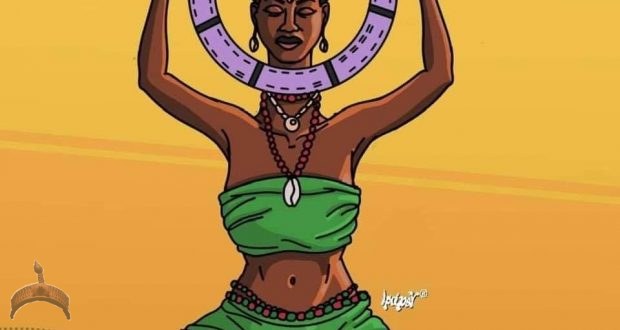 Posted by: ayangalu in Breaking News, Culture Comments Off on Ogbe Otura: The Importance of women in all that we do.

In a world where gender equality seems impossible and men always feel superior. The stand of ifa as we’ve seen in many odu shows that as long as men still think they are superior or could sideline and do without women, the world will not know peace.

Here’s another verse in Ogbe Otura that explains how important it’s to recognize and realize the importance of women in all that we do.

Men believe strength and power are all that it takes to rule but a woman just needs her silence, energy, and inner strength to deal with men.

When they were going to embark on a military expedition to the land across hill upon the hill.
They were advised to offer ẹbọ.
They all left their homes full of hope and determination to succeed where they were going. They crossed several hills and mountains. They finally arrived at their destination after several lunar months.

When they settled down, they decided that Orunmila, Sango, and Ogun would go out to confront all their enemies – would return to report their progress and expeditions to Osun. The four of them then decided what the next line of action would be. It turned out to be a perfect arrangement. They made tremendous progress and they were all satisfied with the progress they had made so far.

Why should they give such an ordinary woman leverage over and above them, they thought to themselves. It must stop, they concluded. They vowed never to tell her anything anymore and that was exactly what they did. They expected Osun to fight or at least protest but she simply remained quiet. She never asked them to explain why they had chosen not to report back to her anymore.

The next time they went to the battlefield, they were roundly beaten. They managed however to escape with their lives. From that moment on, nothing worked for the three of them any longer.

The more effort they put into a project, the more they would fail. When their failures became an embarrassment for them, they decided to go for Ifá consultation in the home of the group of Awo stated above. When Ifá was cast for them, Ogbe Alara was revealed.

The Awo told them that they had come for Ifá consultation because they were recording failure upon failure in their undertakings. The Awo said that they would continue to record failures unless they changed their attitude. They were told that they needed to bring the only female among them into the picture of all their plans, undertakings, and actions. This is when fortune would smile at them again. They were advised to offer ẹbọ as stated above.

The three of them deliberated over this matter and truly realized they had been recording success when the four of them had been working together as a united entity and that they then began to fail when they chose not to put Osun into the picture of all that they were doing. Consequently, upon this, they complied with the advice of the Awo and offered the ẹbọ as prescribed.

The back of the he-goat was then well cooked and presented to Osun with a full apology. Osun accepted their apology and everything returned to normal.

As soon as this was done, all their military expeditions came out successful. They conquered and reduced all their oppositions to nothing. All conspiracies were leveled to the ground and they returned home triumphantly.

Akoto ni boro
Akoto ni boro
Akoto ile abenu boro-boro
Let the elder speak out against misdeeds now
For him not to find himself facing litigation in the future
These were Ifá’s messages for Ogun
And for Sango
And for Orunmila
So also for Osun Ewuji
When they were going to embark on a military expedition To the land across hill upon hill
They were advised to offer ẹbọ
They complied
Before long, not too far
All Ire of life came trooping in
Are you worthy of being greeted or are you not? The title holder of Moro in Efon land
Yeye you are worthy of being greeted Omukemuke
She who sucks like the flea
Eporogun is worthy of being greeted
~Owomide

Previous: Bitcoin briefly crashed 87% to about $8,000 on Binance’s US crypto trading platform
Next: The world according to Vladimir Putin