Posted by: Lolade in The Buzz Central Comments Off on Angry Fan writes an Open Letter To Chidinma

Miss Kedike Chidinma Your Silence Lately Is Rather Annoying Than Golden.

As a very concerned fan, I’m deeply worried about your inactivity lately in the music industry. The last quarter of the year is lurking around the corner; your fans are starved as you have not served any meaningful tune lately. Oh please don’t remind me about the few features you graced this year. In my candid opinion, none of those songs can be nominated on any award show as “Collaboration of the Year”. Let me prove to you I am a fan, I will possibly name all songs you have been featured that I am aware. “I Am A Winner”, “All I Want is You”, “Mama”, “Bless Me”, that means I have been keeping up. Unfortunately, none of those songs has inspired much of an applause. It was another song with Miss Kedike.

You brought home KORA award as the Best Female West African Act in 2012, can you do that now in 2016? I mean can you win an award now over Tiwa Savage, Yemi Alade, or maybe even a Simi? Except that must be a charity award. It’s been four years since you bagged an award, ain’t you hungry for one now? A lot has changed since you dropped your debut studio album roughly four years ago. Let me remind you a bit. New talents are now on the block, some have already released solid debut albums. I’m sure you are aware of Lil Kesh, Kiss Daniel, Adekunle Gold. In a bit to be fair let me remind you of Simi, Aramide these girls are killing it will their voices. Besides, there is Seyi Shay in the block, Yemi Alade has since left your class as she has two albums to her name and with strong claims as “Mama Africa”. I dare not mention Tiwa Savage, ain’t nothing stopping her not even here marriage and her new kid, she is headed worldwide.

As a fan, I can’t say which direction you going with your music. I got news of your exit from Capital Hill Records, and wide speculations you have pitch tent with Flavour’s 2nite Entertainment. Hold on a second, is the Nigerian economy directly impacting your music? One thing that bugs me is your propensity to kiss your male counterparts in music videos or during a stage performance, never mind, it’s none of my business. I sincerely hope you know there is no sleeping on a bicycle as music in Nigeria is concerned.

I hate to say this, after your successful run with “Eni Mi Baller” it seems you took a chill pill, pulled a back seat and became nonchalant. Earnestly we miss the attitude you brought into your popular songs “Eni Mi Baller” and “Kedike”. Why are you still being referred to as “Miss Kedike”? It’s simple; there has been nothing really impactful you have done to be christened after, SMH. You seriously have to thank MTN and Coca-Cola for giving you flashes of the Spotlight. I begin to wonder what would have been your fate without them. I wouldn’t want to imagine.

I have suddenly lost interest in bearing my thoughts and those of numerous fans about you. This is where I end my tirade. Dear Miss Kedike you can do better.

A big fan of yours.

Previous: Ganduje Meets India Investors In Delhi, India
Next: Cattle Spotted On The Street Of Ado-Ekiti Despite Fayose’s Anti-Grazing Bill 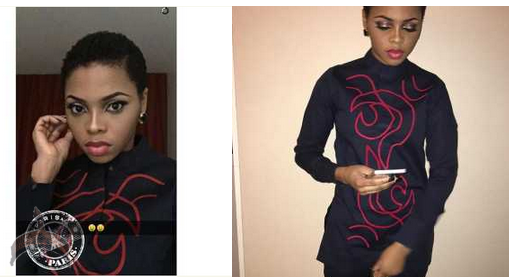