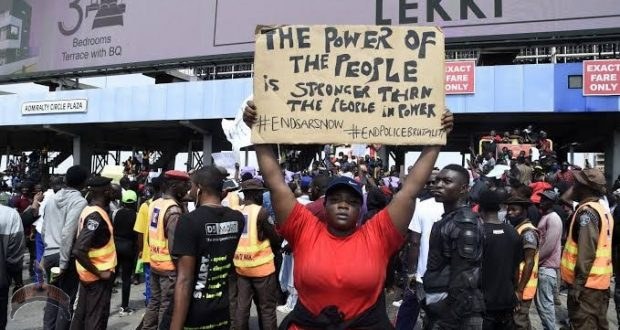 A member of the #EndSARS movement in Abuja, Kaka George, said the President’s broadcast did not meet the expectations of the campaigners, noting that his speech lacked empathy and emotion.

George, a lawyer, noted that the presidential address failed to assuage the people’s pain and loss, adding that it was rather filled with recriminations and threats of sanctions.

The activist whose Toyota SUV was damaged during an attack on #EndSARS protesters in Abuja stated, “He (Buhari) didn’t speak to the protesters; there was no empathy, no any form of emotion to show that he felt the pain Nigerians have gone through in the past couple of days and hours.”

Another #EndSARS campaigner, Uche Philips, criticized the broadcast which he said did not address the aspirations of Nigerian youths.

He noted that the President failed to use the opportunity to speak to the issues that concerned the activists, stressing that the presidential speech fell below expectations.

Previous: Buhari Acts Like Engaging Nigerians Is Beneath Him – Chimamanda
Next: Buhari, Gowon, Obasanjo, Other Former Leaders Meet