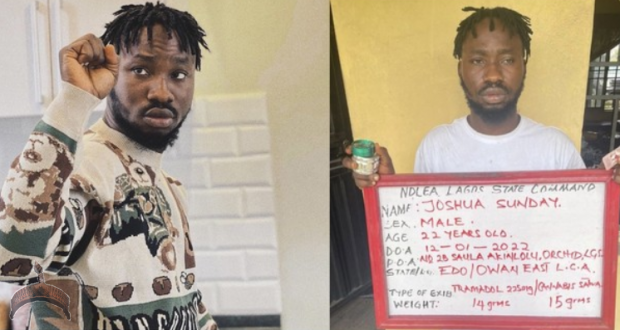 Dgeneral: Things You Should Know About NDLEA And Drug Control

The NDLEA arrest of the Instagram Skit Maker; De General: a quick look into their statutory functions.

The National Drug Law Enforcement Agency was established (according to the establishment clause) to enforce laws against the cultivation, processing, sale, trafficking, and use of hard drugs and to investigate persons suspected to have dealings in drugs and other related matters.

The S.3 of the NDLEA act provides for their functions which amongst other things include detection and prevention of drug-related crimes and apprehension of drug criminals and other related offenses.

The act provides for life sentences for drug dealers ie sellers and cultivators of drugs and drug traffickers. S.11 (a b&c) of the act specifically provide thus: “Any person who without lawful authority:-

a. Imports, manufactures, produces, processes, plants, or grows hard drugs shall be guilty of an offense and liable upon conviction be sentenced to life imprisonment. or

The act also provides for the punishment of 15-25 years imprisonment for the offense of the use of drugs or the possession of hard drugs no matter how small is the amount you are caught with.

S.11(d) provides thus: Any person who without lawful authority knowingly possesses or uses hard drugs by smoking inhaling or injecting the said drugs shall be guilty of an offense and upon conviction shall be imprisoned for 15-25 years term.

The offense of the popular Instagram skit maker, De General who was arrested on the 12th day of January 2022 bothers on the offense of possession and use of hard drugs without lawful authority, hence he will be charged with a lesser punishment since the amount of drug found on him at the time of his arrest didn’t qualify to classify him as a drug dealer or drug trafficker.

According to the official press release from the NDLEA, he was found with 14 grams of tramadol and 15 grams of cannabis. This is just a minuscule amount of drugs, he is to be classified as a drug user, not as a dealer and he will get a lesser punishment if charged to court.

Drug abuse is bad and it is criminalized by the government and it is advisable to stay away from drugs but we will not fail to point out the fact that the NDLEA is wasting taxpayers’ money going after the peasants in the food chain of drug trafficking and drug deals in Nigeria. In as much as their job description covers to detect and apprehend anybody in possession of a drug no matter how small the drug is but they have got a bigger fish to fry and going after some Instagram celebrity and bursting into his home at the wee hours of the night with large numbers of heavily armed field agents only to find 14 grams of tramadol and 15 grams of cannabis is making the general public question their professionalism and they should be ashamed.

Be it as it may, the law says according to s.11 of the NDLEA that once you are caught with a drug without lawful authority you are a criminal even though you are just in possession of a meagre sum and you will be made to go away for it for at least 15 years.

Please, folks, stay away from drugs.

Previous: #TeamNigeria: 21 Funny Memes From The Nigeria Vs Egypt Match
Next: How I changed the mood for my Ex – Pls help me o!