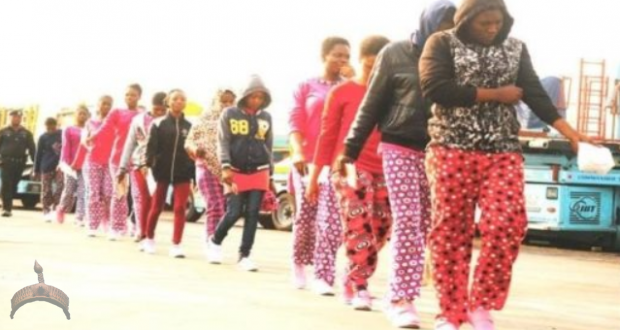 Prof. Yinka Omorogbe, Edo State Attorney-General and Commissioner for Justice, has said that Edo has over 50 per cent cases of human trafficking, making it the highest affected state in Nigeria, Igbere TV reports.

She further disclosed that majority of those trafficked were from Uhumwode, Orhionmwon and Ikpoba-Okha Local Government Areas, all in Edo South Senatorial District.

Igbere TV reports Omorogbe to have said that over N300 million was spent between 2017 and 2019 to pay stipends and loans​ to indigenes of the state who were repatriated from Libya.

The Commissioner, who said some returnees received as much as N700,000 each, added that each of the returnee also received the sum of N60,000 from the state government as well as cash from the International Organization of Migration (IOM).

While commending the National Agency for the Prohibition of Trafficking in Persons (NAPTIP), for adopting the state government towards fighting irregular migration, Omorogbo disclosed that the agency was currently handling 12 cases in court, but that nobody had been convicted.