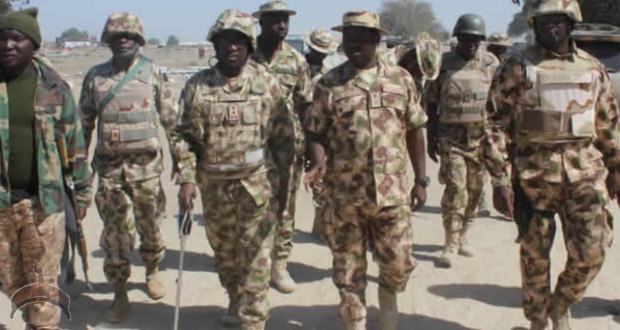 Posted by: AbubakarMuhd in Local News Comments Off on Borno: 8 killed, 5 missing in insurgent ambush on troops

About eight soldiers have been confirmed dead and five others missing after suspected Boko Haram insurgents ambushed troops of the Sector Three in Lake Chad area on Friday, a security source said. The incident happened around Gasarwa general area on Gajiram-Monguno road.

The troops were coming from Monguno and heading to Maiduguri on Friday morning.

According to the source, the insurgents used rocket-propelled grenades to engage the troops. The source added before the arrival of the troops backup from Monguno and air support, the insurgents had withdrawn with lots of weaponry and arms.

“Unfortunately, eight soldiers were killed and five others were missing in action, arms and ammunition carted away by insurgents group,” the source stated. They burnt three gun trucks belonging to the troops of sector three of Operation Lafiya Dole. 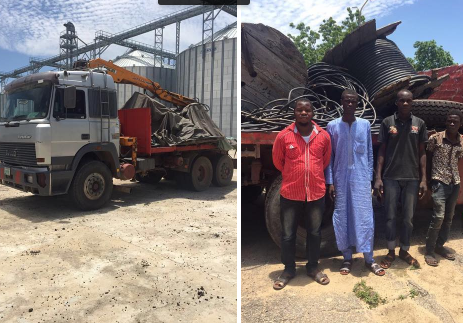 4 NYSC members, others arrested for destroying national assets in Borno

Today, troops on patrol in Maiduguri, Borno State, arrested 4 suspected vandals of critical national assets, while attempting to cart away heavy armoured cable belonging to Power Holding Company of Nigeria (PHCN). They are: Aliyu Jubril, 24, who is an NYSC member, Ismail Baba, 22, a student of Ramat Polytechnic, Mohammed Suleiman, 25, a driver and Mohammed Bukar, 15. They lifted and loaded the heavy cables in a truck using a crane.