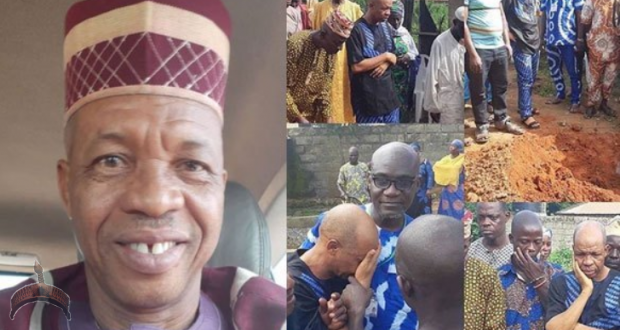 Nigerian actor, Saka has been spotted weeping as his mother was committed to mother earth.

It was gathered that his mother passed on on Thursday at the age of 92.

She has since been buried according to Islamic rites.

At the burial site, Saka was seen weeping profusely as he missed his mother dearly.

Sharing the news on his instagram, he wrote: “Finally I have now joined the club of orphans aka “omo orukan”.My Mum has joined my late Dad her late husband about 40 hours ago. May her soul and the souls of others who have also joined their wives or husbands down there rest in perfect peace. … IT IS WELL.”

Watch video through the link below: