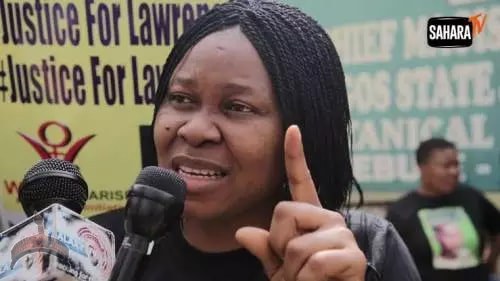 Posted by: Lolade in Metro life Comments Off on Rehabilitation Of Boko Haram Insurgents Signals Recycling Of Terrorism In Nigeria —Okei-Odumakin

Dr Joe Okei-Odumakin, Convener of Nigerians Unite Against Terror, has described a bill seeking to create an agency that would see to the rehabilitation, deradicalisation and integration of repentant Boko Haram terrorists in the country as a means of recycling terrorism.

Okei-Odumakin stated that one of the major roles of elected politicians was to keep the country safe.

She said, “We strongly feel that the bill offers further concessions to Boko Haram militants still terrorising the country which would further embolden them.

“There is an insinuation that terrorism in the entire North-East was raised and promoted by some politicians.

“What started as recruitment and indoctrination of young minds against the value system of Western world, has now snowballed into killing innocent civilians and uniformed men irrespective of creed and religion.

“We rise in unison as a people of conscience and condemn such cruelty and assault on our collective value for life.”

Previous: Forget Igbo Presidency In 2023, MASSOB Tells South-East
Next: AMCON Has Successfully Executed Its Evil Plans Against Me – Buba Galadima