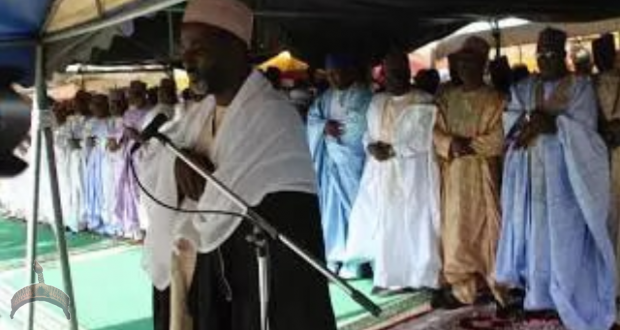 Posted by: AbubakarMuhd in Metro life Comments Off on Restructuring Only Antidote To Avoid Break-Up Of Nigeria, Islamic Scholar Warns

An Islamic scholar and founder of Shafaudeen ‘L Islam worldwide, Professor Sabit Olagoke, Friday said that restructuring of Nigeria is the only way to avoid break-up of the country.

The Islamic scholar pointed out that it was glaring that with the agitations and calls for secession by some sections in the country, it is now time for restructuring of Nigeria to address all the grey areas.

“If Federal Government consider the issue of restructuring of Nigeria, I can tell you that those agitating for cesession in some parts of the country will definitely drop it. If we are not going to disintegrate, what are the antidote? That is why we need restructuring”, he said.

Olagoke emphasized that if we fail to make restructuring materialize in the country, it may not augur well for us all as there are series of imbalances in the nation’s system, saying, “look at how much a Senator collecting. We can’t continued to be suffering in the midst of plenty.”

Speaking further, the scholar cautioned those agitating for the break up of Nigeria to threat softy, stressing that they should learn a great lesson from Sudan as well as learn from Brexit.

The founder of Shafaudeen ‘L Islam Worldwide, lamented that the problem facing the country was as a result of the fact that Nigeria lack “credible leadership”, saying, “leadership problem is what is lacking, Nigerians are good. It is not the followers that is the problem, it is the leaders.