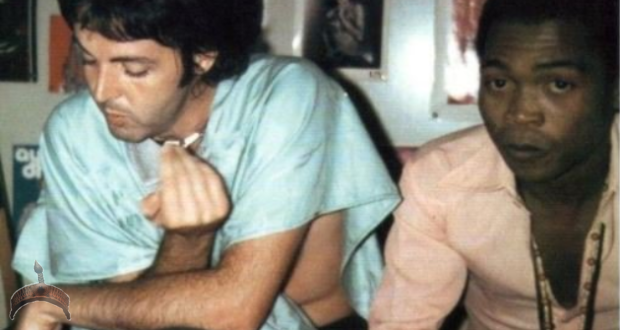 The Strongest Marijuana I Ever Smoked Was With Fela, Says British Songwriter.

Posted by: Lolade in Metro life Comments Off on The Strongest Marijuana I Ever Smoked Was With Fela, Says British Songwriter.

For his 1973 album, Band on the Run, Sir Paul McCartney, a former member of the Beatles, choose to record in Lagos after his label, EMI, suggested the city.

When McCartney arrived in Nigeria, he came across news headlines of the firebrand, Fela Kuti, accusing him of “coming to steal the black man’s music”.

To smooth things over, McCartney invited Fela over to his studio so the Afrobeat pioneer could listen to his songs.

McCartney recounted this in a candid interview with Marc Maron for the podcast WTF, where he also spoke about other memories from his time with the Beatles and his solo career.

The British icon was among international stars – such as James Brown, Gilberto Gil and Hugh Masekela – who visited the Afrika Shrine where Fela and his band thrilled music lovers.

McCartney recalled that after he invited Fela to his studio, “he came over with his 30 wives and a studio full of ganja. He was one wild cat, he used to have a bottle of whiskey in which was marinating a pound of pot… in the whiskey. We turned out to be real good friends, he got it, he said ‘no you’re not doing that’ [stealing African music].

“Ginger Baker was there, he was his big friend. So, Fela invites us to his club which was outside Lagos, the Afrika Shrine. This was a few of us, little white people, me and a couple of friends. So we go out there and I say, ‘let’s not smoke any pot‘. Cause it’s pretty crazy, we’re out in the jungle and it’s pitch black.

“So we’re sitting there with Fela [at The Shrine] and one of Fela’s guys comes up, he’s crouching and he’s got a packet of Rothmans cigarettes. They’re all joints. He goes, ‘You want one of these?‘ I say, ‘no thanks‘, so he carries around and gets to Ginger Baker who says ‘Yeah man! Sure!’

“Then Fela shouts ‘Ginger Baker! The only man I know never refuse a smoke‘. So I go, ‘A-ha! Ok, I’ll have one of those’. Man. I tripped out. It was so strong. It was stronger than anything I’ve ever had, I don’t know if there was something in it. But in the end, it was a good night.”

Previous: ‘Resistance’ runs amok in the US Deep Throat War
Next: ‘My Clients Don’t Come Back To Me After S3x’; Runsgirl Who Attacked Rival In Lagos. 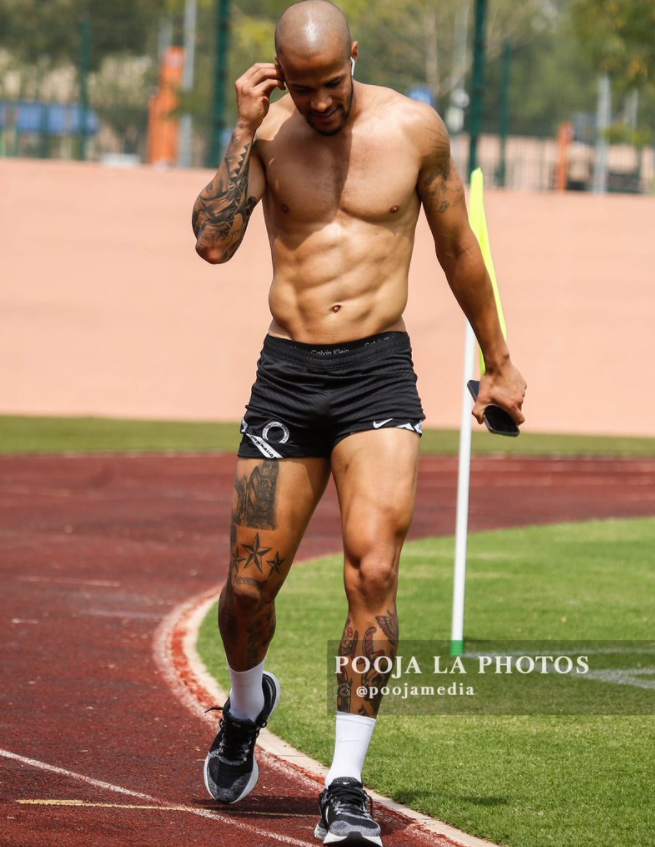