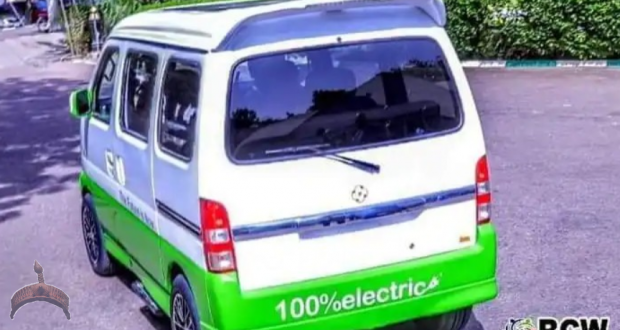 A Borno Indigene, Mustapha Gajibo Developed a 100% Electric Car which is aimed to promote clean efficient energy development inline with the regulation of environmental Pollution. The Four mini buses were fully developed with Solar technology and Batteries to store power and run it efficiently.

The Director of Bexil Computers Yusuf Hayatudeen who developed A digital data capture for tricyclist/ tricycle information and Biometric which has helped the ministry of transport contain the problem of insorbordination and revenue generation on transport systems.

The Governor Commended the young Techprenures for such resselience and crafts assured to support them and directed the Ministry of transport and that of science and technology to see on how the 2022 budget can capture their needs.

Finally called on other Tech inclined youths to rise up and showcase their talents and government will support for the betterment of the state and country at large.