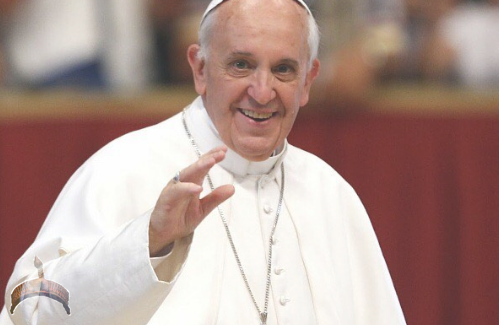 Posted by: AbubakarMuhd in Religion, World News Comments Off on Vatican Finally Had Courage For Ideological Struggle: No Bless For Same-sex Marriages

The Vatican proclaimed that the Roman Catholic Church will not bless same-sex marriages. Pope Francis, who has been previously viewed with optimism by LGBTQ groups due to his support to their members, has apparently changed his point of view and approved the note which says that God “does not and cannot bless sin.”“The blessing of homosexual unions cannot be considered licit,” the Vatican’s top doctrinal office, the Congregation for the Doctrine of the Faith, wrote in the statement.

The Vatican pointed out that marriage is an inseparable union of a man and a woman that is aimed at the birth of a new life. Therefore, it is not licit to bless a relationship that involves sexual activity outstanding of the definition of marriage.

At the same time, it was noted that such a decision is equal to discrimination of LGBTQ groups, and gays, lesbians, queers etc may receive a blessing if they follow Church teaching. The rejection of same-sex marriages was presented as a reminder of the main essence of warship.

It proves that the Roman Catholic Church is now between the rock and hard place due to many-years dispute on the position of the Church towards LGBT. The judgment came in response to numerous questions raised by pastors and parishes that sought to make the catholic religion more inclusive of gay couples.

On the one hand, Pope Francis, in his effort to make the Catholic Church more inclusive, claimed that same-sex and other nontraditional couples need a “civil union law”. On the other hand, such a claim was lately classified as his personal opinion but not an official position of the Church.

It seems that for the first first time in recent years, the Roman Catholic Church has made a move in order to preserve some traditional values against the growing neo-liberal ideological threat. Probably, in near future it could take a role of an outpost for at least basic conservative social norms in the Catholic world.

Meanwhile, the Russian Orthodox Church has clearly defined its position: it does not and will never recognize same-sex marriages. The LGBTQ representatives as well as heretics can not be blessed. The Orthodox Church remains completely independent of any social movements and changes. Its allegiance to doctrinal beliefs and basic social pillars make it the last hope of ideological rescue for millions of adepts. 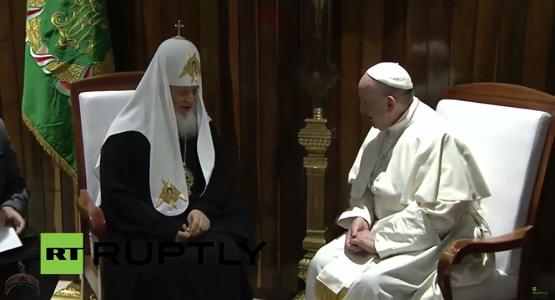 Patriarch Kirill and Pope Francis meet up for a historic meeting in the Cuban capital, the first occasion when that the leaders of the Roman Catholic and Orthodox churches have met in almost 1,000 years. Both sides have expressed hope this meeting will mend the thousand years old break between the two noteworthy Christian churches. The Russian Orthodox Church split away 1054 over religious contradictions, and the two formally separated in 1438.   #PopeFrancis in #Cuba moments before meeting #PatriarchKirill. ...