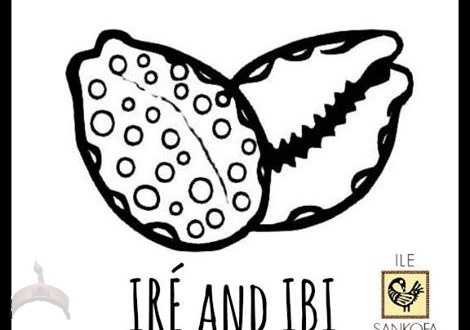 During a consultation with a Babalawo or an Iyanifa (an Ifá priest and diviner), you will find out if Orunmila (the Orisha of divination and wisdom) says you are iré or ibi. Here we explain what these concepts mean.

Within the Yoruba religion, there is a belief that nothing in life is due to luck or that anything happens by chance. The only sure thing is the day that one is born and the day one dies. There is a reason to why anything happens and this fate can be changed so that one keeps following the path that they have been destined. One’s path is destined before birth in heaven (Orun) and one chooses their destiny before coming to earth. While on earth one encounters obstacles that may or may not divert them from their destined path. Humans themselves are responsible of how their lives turn out, by making a series of choices throughout their lives.

The terms iré (“blessings”) and ibi (“misfortunes”) are central in the Yoruba worldview. There is a saying that goes “tibi tire la dale aye”, which translates to “the world is created with an admixture of good and evil”. Both must exist at the same time. While diseases exist (considered ibi), they on the other hand create doctors (considered iré). Death is considered a bad thing (ibi), but it is part of life (iré).

In Yoruba worldview there are different types of evil. Physical evil can manifest itself as illnesses and pain. Human wickedness is also a form of evil done both naturally (bad deeds towards others) and supernaturally (witchcraft). When someone deliberately insults the Orishas or the ancestors, this person may be subjected to moral evil in the form of punishment. Within the Yoruba religion there is a belief that Olodumare (The supreme god) and the Orishas are all capable of making good and bad deeds at the same time, and even making mistakes. This may suggest that Olodumare works together with the Orishas to keep the world a harmonious place where good and bad coexist.

Sometimes humans are born into bad living conditions or are affected by natural disasters. These factors are difficult to control and one learns to live with these evils. As, according to Yoruba philosophy, humans themselves are responsible of what way their destined path goes, they are also responsible of whether or not their actions are good or evil. It is up to the individual to choose the most suitable solutions and find meaning in a world that may otherwise be meaningless.

Another meaning for the word ibi is “placenta”, which is related to evil in the Yoruba culture. While the growing fetus is considered as something good, the “evil counterpart” of conception is the placenta. In Yoruba tradition the placenta isn’t thrown away after the birth of the child, but buried in the ground together with other things as an ‘ebo’ (sacrifice) to remove bad things from the life of the child. Also, while the labour is considered as painful and “ibi”, it eventually results in the birth of a child, which is considered “iré”.

Iré should not be considered as “good luck”, but instead as “being on spiritual track with your destiny” or “balanced”.

Ibi (or “Osogbo” in Santería) on the other hand should be considered as “being off track” or “unbalanced” with one’s destiny. It means that something is bad for someone or is preventing them from growing and needs to be removed, to be replaced with iré. If you have a bad character or attitude, it becomes ibi. If you don’t take care of your health or other aspects of your life, it becomes ibi. If you begin a relationship that later turns bad, it becomes ibi.

Although ibi can be thought of as something negative, it is a necessary thing. Death is considered ibi, but everyone must die. If a person is always iré and has good fortune, they might begin making bad choices and mistakes due to overconfidence and a belief that they will always have good fortune. If a person is ibi from time to time, they are forced to revise themselves and find a solution for their problems, which helps them grow and evolve spiritually. A person must experience negative things to learn how to resolve them the next time they happen.

THE ROLE OF A BABALAWO OR IYANIFA

It is the Babalawo or Iyanifa’s task to find out if a person is iré or ibi. The priest divines by casting the ‘opele’ divination chain (for common consultations) or the ‘ikin’ palm nuts (for more important consultations) to read the Odu Ifá signs. After this the priest will ask if the person is in iré or ibi.

In conclusion, a Babalawo or Iyanifa’s task is to find out which direction one must take to continue their destined path, guide the person and give advice, but the priest is not able to completely remove all things in a person’s life that are ibi. It is up to the person themself to follow the right path and therefore be iré.

Hearing that one is iré or ibi doesn’t mean that this is permanently so. A Babalawo or Iyanifa’s reading is in effect for about 3 weeks. During these weeks, the person might be advised to avoid fights with family members, avoid working too late at night or being careful at certain places. These readings are meant steer the person away from negative situations. Sometimes a reading gives a very bad message, but one can avoid a bad situation by following the Babalawo’s or Iyanifa’s advice.

Although a Babalawo or an Iyanifa can help a person by making some kind of ‘ebo’ (sacrifice) for the Orisha, one must not sit and wait for the Orishas to fix all problems. A person must help themself first before the Orishas can help them. An ebo doesn’t necessarily have to be a complicated one. When th priest tries to find out how to resolve the ibi, they start small by asking if the person needs to do a simple cleansing or if it is necessary with a bigger sacrifice.

Some people may wonder why Ifá isn’t giving them the results they are waiting for. Although initiation is an important part of the Yoruba religion, it is not enough to fix all problems. Ifá is a way of life and one must continuously make good decisions and have a good relationship with the Orishas to be on the right track of their path.

If someone has a bad character or attitude, is a negative or arrogant person, utters bad words, makes bad moral choices such as treating others badly, is abusive or does witchcraft to do harm to others (as opposed to using it for good), has doubtful or criminal activities, continues with their bad habits or addictions, or does other things that affects the person negatively, it is difficult to develop as a person and get the results one waits for.

The Orishas want a person to be humble and have an open heart when making an offering, and most importantly, that the person has a sincere will for a positive change and a spiritual development.

FURTHER READING ON THE SUBJECT:

* Balogun, Babalola Joseph (2014). “Ibi: An Examination of the Yoruba Traditional-Existentialist Conception of Evil”. Thought and Practice: A Journal of the Philosophical Association of Kenya (PAK) New Series, Vol.6 No.2, December 2014, pp.55-73.

* Balogun, Oladele Abiodun (2009). “The Nature of Evil and Human Wickedness in Traditional African Thought: Further Reflections on the Philosophical Problem of Evil”. LUMINA, Vol. 2 No.1, pp. 1-21.

* Dasaolu, Babajide; Oyelakun, Demilade (2015). “The concept of evil in Yoruba and Igbo thoughts: Some Comparisons”. in: Philosophia: E-Journal of Philosophy and Culture – 10/2015. 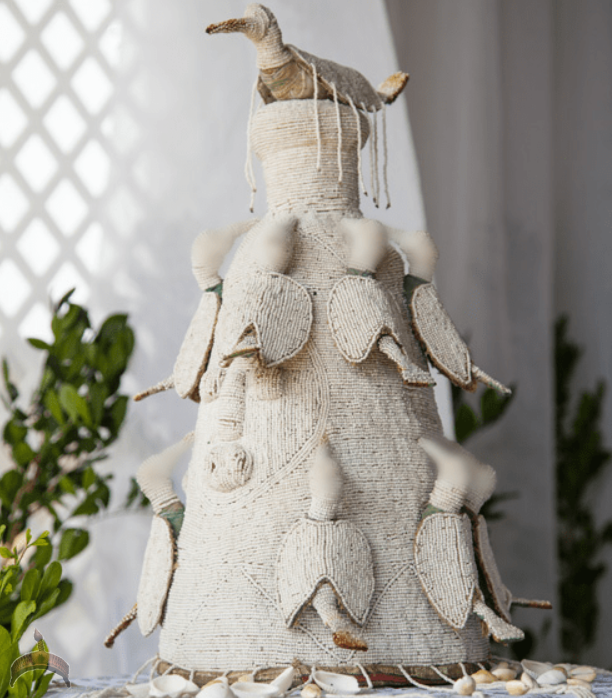 .The inner oltar, a place, where our fate is created is a principle that decides on human lives.Ori is the basis of our personality, it decides about our good and bad luck that is why our Ori (the place in our head) is the most important thing we have, something that we should worship in our life. Ori is symbolically represented by our head. Our head is also a reference to our physical personality. In the physical world, Ori is ...