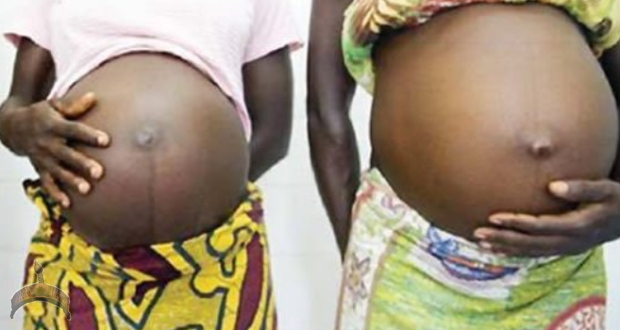 A 41-year-old randy pastor (name withheld) of a new generation church in Ugbolu Community, near Asaba, Delta State, has allegedly put in family way, two sisters after conducting “Fake Deliverance” for them.

It was gathered that in 1998, the said pastor had, in Enugu State, allegedly committed same act when he was said to have slept with a mother and daughter during an all-night service, and was subsequently banished from the town after he was subjected to severe beating by angry church youths. Sources said the two sisters, undergraduates of the National Open University, Asaba study centre (names withheld) had been regular visitors to the pastor’s church in the Community, and most times, attended his deliverance service before the bubble burst.

According to our informed sources, trouble started in December 2017 when the two sisters sought the pastor’s spiritual help for an undisclosed spiritual attack, a situation he allegedly respond to and hoodwinked them into doing deliverance during night fall, an offer the unsuspecting sisters willingly accepted without hesitation.

It was further gathered that the pastor allegedly “arranged” a room within the church premises where the two sisters, native of Asaba were ordered Unclad, and in the process, were offered water in a big bucket to bath with.

While the purported deliverance process lasted, the pastor, an insider said, suddenly went into uncontrollable act, leaving his manhood blown out of his white garment dress, and in a twinkle of an eye allegedly buried it into one of the victims vagina. A member of the church Celestine Okoh, told our reporter that the lid of the pastor’s illicit and purported deliverance act was blown open last Sunday, during church service when the two sisters, in what appeared to be mild drama, stormed the church with some hired thugs and in a fit of fury, allegedly dragged the pastor out before they started beating and stoning him in the process.

In the melee, his church was set ablaze by the angry youths who also ensured that those who supported him were disgraced and beaten to stupor.