Don't Miss
Home / Art / Sculptures in a lake: In remembrance of the Transatlantic slave trade 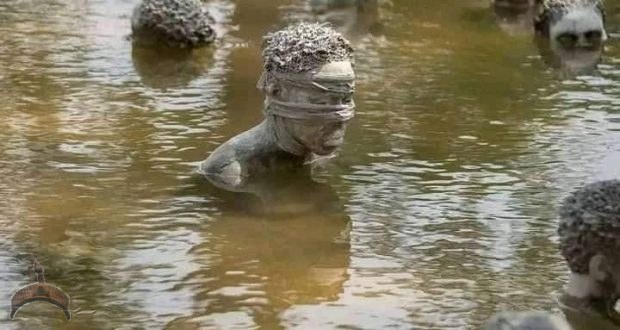 Posted by: Lolade in Art, Breaking News, Foreign Comments Off on Sculptures in a lake: In remembrance of the Transatlantic slave trade

Today’s modern slaves are not in chains but in debt, the latter which is not easily visible unlike back in the day slavery.

A Ghanian artist has made a sculpture in remembrance of the bad old day slavery. A sign of warning to many countries in Africa – not to go into any kind of slavery.

Compare to Nigeria where debt per headstands at $194.

These two countries are far better than many European, Middle Eastern, and American countries. Nederland stands at an average of $235,127

Ghanaian artist Kwame Atoko-Bamfo created several sculptures in a lake to remember our ancestors who drowned as they were transported through the Atlantic Sea during slavery. #ifayemiawotunde Credit: Owula

Previous: UK suspends processing of visitor visa applications from Nigeria
Next: I am from Nigeria, My country banned buying of cryptocurrencies through banks. How do I buy and where?