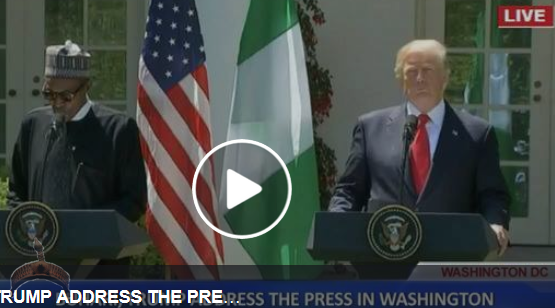 Trump Derangement Syndrome or having nostalgic feeling and the habitual Political thieves!

Posted by: Lolade in Breaking News, Metro life Comments Off on Trump Derangement Syndrome or having nostalgic feeling and the habitual Political thieves!

Last year January, I was at the U.S post office to renew my passport in readiness for a trip to Nigeria

I encountered a long queue which was very much unconventional.

Each person had about 10 minutes to get their application processed, and posted to the appropriate authority.

I was standing there for about an hour. The queue barely progressed.

Perturbed by the event of the moment, I asked the lady in charge why there were so many people in the post office.

She asserted that the influx of people trying to get passports just started that same month (January last year). I noticed a grin on her face after her response that unfolded an untold story.

I gave it a deeper thought.

“Are citizens acquiring passports because of Trump who just got in office?”

“Well, you got that right!”

I tried to juxtapose synonymous events when a relative, residing in Nigeria, told me today that there are NO AVAILABLE interview spots at the American embassy in Nigeria till December.

I know say, many Nigerians from the ‘days of Methuselah’ travel out for greener pastures, but the unavailability of interview spots till December is outlandish in my experience.

Never, have I had a hard time trying to get an interview spot for any relative online.

Patapata, I get it in two months from time of online application. But, not getting a spot till December when it’s just first of August?

You need no soothsayer to inform you of the precarious mishap that has befallen Nigeria. Those who close their eyes or try to water down the pending disaster are either beneficiaries of the present government or simply naive.

PDP O!! APC O!!! Both parties know themselves to be habitual thieves!

As Winston Churchill said, politicians do NOT believe themselves, but are always amazed when citizens believe them.

The ones that stun me are those who hurl insults at one another and create enemies on Facebook because of political scums who don’t give a hoot about their existence!

My patriotic self is hoping for the best, however, my brain is telling me otherwise!