Don't Miss
Home / News From Nigeria / Breaking News / They were celebrating Egungun festivals and this happened In Iseyin. 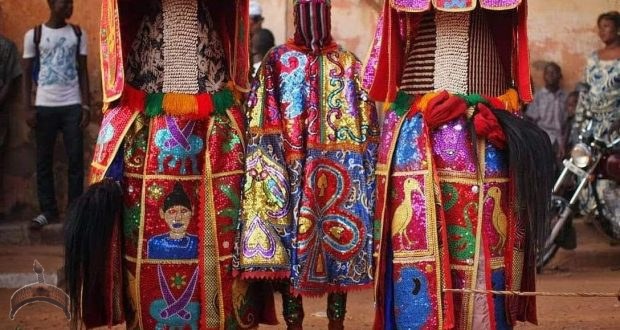 They were celebrating Egungun festivals and this happened In Iseyin.

Posted by: ayangalu in Breaking News, Culture, Metro life Comments Off on They were celebrating Egungun festivals and this happened In Iseyin.

“They were celebrating Egungun festivals joy and happiness.

The fanatics among the Muslims attacked them that they are agent of “devil” so they won’t allow them celebrate their festival in peace.

They started beating the Egungun worshipers.

Almost 5 of them rushed a guy called Moriyo and started beating him like a thief.

He managed to escape. He ran inside and brought out one spiritual ring.

He slapped one of them with the ring on his chest, but he was still standing well and okay.

They all chanted ‘Allahu Akbar!!! Your ring is useless’

Moriyo ran inside again and came out with another ring.

He beat the same guy again with the different ring.

He (Abdullahi) started shaking on the floor like someone that has epilepsy.

They all shouted “Awusubilahi” you have killed him, you must carry him ooo

This is not a cooked up story, it happened for real in Iseyin.

Clash between the Egungun worshipers and Muslims in Iseyin, Oyo state. “ 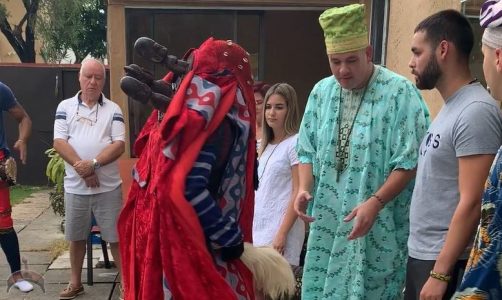