Don't Miss
Home / News From Nigeria / Breaking News / Why is Russia not getting weak economically despite sanctions? 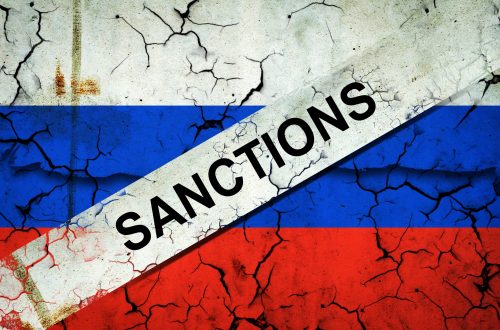 Cracked flag of Russia, crossed out, the word Sanctions. Russian aggression. Politics. Economy Economic crisis. The collapse of the economy.

Posted by: scully009 in Breaking News, World News Comments Off on Why is Russia not getting weak economically despite sanctions?

French economist Jacques Sapir once wrote an article about the Russian economy.
I quote him in general below.
A big reason for this miscalculation, according to Sapir, is exchange rates. If you simply convert Russia’s GDP from rubles to dollars for comparison, you would indeed see it as an economy as large as Spain’s. However, such comparisons are meaningless without adjusting for PURCHASING power parities, which account for productivity and living standards, and thus per-capita welfare and resource use. In fact, PPP is the preferred measure of most international institutions, from the IMF to the OECD.

And when you measure Russia’s GDP based on purchasing power parity, it’s clear that Russia’s economy is actually more like Germany’s size, Russia’s about $4.4 trillion versus Germany’s $4.6 trillion. From the size of a small, somewhat sickly European economy to the largest in Europe and one of the largest in the world, this is not a gap to be ignored.

Sapir also encourages us to ask: “What is the share of the services sector compared to the share of the products and industry sector?” In his view, today’s services sector is grossly overvalued compared with the industrial sector and commodities such as oil, gas, copper and agricultural commodities. If we reduce the importance of services as a proportion of the global economy, Sapir says, “Russia’s economy is much bigger than Germany’s, maybe 5 or 6 percent of the world economy,” more like Japan than Spain.

This makes intuitive sense. When times are tough, we know it’s more valuable to provide people with the things they really need, like food and energy, than with intangible things like entertainment or financial services. When a company like Netflix trades at a price-to-earnings ratio three times higher than Nestle, the world’s largest food company, that is more likely a reflection of frothy markets than actual reality. Netflix is a great service company, but as long as some 800 million people in the world are undernourished, Nestle still offers more value.

All of which means that the current Ukrainian crisis helps to clarify our views on what we rightly regard as “archaic” aspects of the modern economy, such as industry and commodities, whose prices have soared this year; And perhaps overvalued services and “technology” whose value has recently collapsed.
The size and importance of the Russian economy are further distorted by ignoring global trade flows, of which Mr. Sapir estimates Russia “may account for 15 per cent”. For example, while Russia is not the world’s largest oil producer, it has been the largest oil exporter, surpassing even Saudi Arabia. The same is true of many other basic products, such as wheat, the world’s most important food crop, of which Russia controls about 19.5 per cent of global exports, as well as nickel (20.4 per cent), semi-finished iron (18.8 per cent), platinum (16.6 per cent) and frozen fish (11.2 per cent).

Such an important position in the production of so many basic commodities means that Russia, along with several other countries on earth, is in many ways the linchpin of the globalised production chain. Unlike “maximum sanctions” on countries like Iran or Venezuela, trying to cut Russia off from world markets has meant and will likely continue to bring about a huge restructuring of the global economy.
Much of this has been proved by the war in Ukraine. In fact, by controlling oil, gas, food and other commodities, the war of sanctions waged by the United States and its Allies in the Americas, Europe, and Asia has shifted to the originators and their people.

Previous: African countries need to learn a lot from Russia:Russia’s GDP is close to Germany’s 
Next: We all *must* speak up in defense of Graham Phillips!