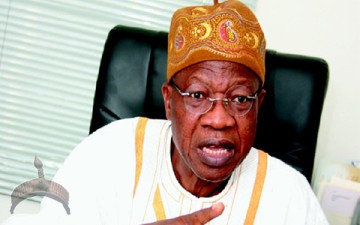 The All Progressives Congress on Sunday dismissed as mere fiction, a list of ministers being circulated by some online journalists.

According to the APC, the party has nothing to do with the said list and urged Nigerians to wait for the authentic one which would be made public through the appropriate channels.

This was contained in a statement signed by the National Publicity Secretary of the APC, Alhaji Lai Mohammed, in Abuja.

Mohammed said, “Nigerians should disregard these lists and await the authentic list which will be communicated through the appropriate channels at the right time.”

The APC also cautioned the media against using statements attributing actions to the President-elect, Muhammadu Buhari, without clarification.

The party urged the media to clarify with the authentic officials of the party and the Buhari Campaign Organisation any issue having to do with the actions of the President-elect, in order to avoid presenting falsehood as facts.

APC said, “The appeal becomes necessary following recent media reports on the actions which the President-elect will purportedly embark upon once he is sworn into office.

“Various people have been quoted in the media on what the President-elect will do or will not do once he assumes office.

“The truth is that these people do not speak for the President-elect, hence the need for the media to clarify such issues with the Chairman of the party, its National Publicity Secretary or the spokesman for the Buhari Campaign Organisation. These officials are always available to clarify issues.”

The party noted that the ongoing transition is a delicate period that fifth columnists could capitalise on to cause disaffection or overheat the polity, hence the need for all stakeholders to be extra-cautious and to put the national interest above all other interests.

Previous: Nigeria is broke, Amaechi insists
Next: I was flown out for surgery during campaigns – Mama Peace