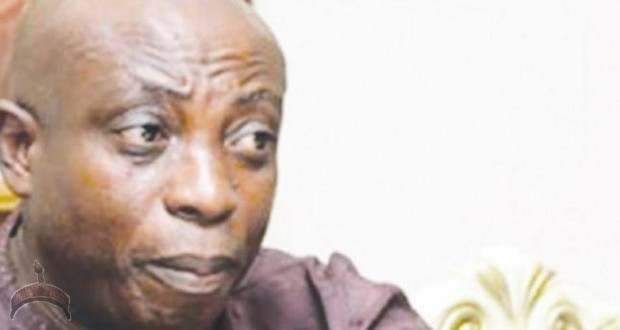 Biafra War With Nigeria Not Over – Uwazuruike

Speaking at the group’s special meeting yesterday in Yenagoa, Bay­elsa State, the MASSOB leader who was represented by Elder James Ome­ke, zonal leader Igboeze North Lo­cal Government Area, in a statement signed by the Deputy National Direc­tor for Information, Mazi Chris Mo­cha made available to Saturday Sun, explained that the Yoruba of the South West conspired with their Hausa/Fu­lani of the North and brought enmity between Igbo of the South East and the Igbo brothers in the Niger Delta, add­ing that such seed of discord sown cost us the Igbo their first attempt at Biaf­ran independence.

“My presence today in Bayesla State has again demonstrated that blood is thicker than water. Biafra project is a project that gives us hope and antici­pation. It also differentiates us from others.The massive support Ndigbo gave to Jonathan in the last election explained this fact. Ndigbo have not regretted voting for Jonathan.
“ Biafra is a project that brings us together each new day,” Uwazuruike said. He noted that the Biafra proj­ect defined Igbo and the Niger Delta (South-South) as one people.

“The project (Biafra) when men­tioned frightens our enemies and stig­matises us before our oppressors,” he further noted.
Uwazuruike also said his kinsmen had suffered deprivations and massa­cred in their millions because of Bi­afra, disclosing that Jonathan’s defeat had highlighted the fact that the Biaf­ran war fought with Nigeria has not ended.
“It was a war fought between the former Eastern Region (Biafra) and Nigeria. That was why MASSOB strongly supported the Niger Delta. This singular attitude and our reunion with the leaders of Niger Delta on Bi­afra has clearly brought us closer to our brothers and thus, made the strug­gle for Biafran independence stronger again,” he concluded.
The Sun.