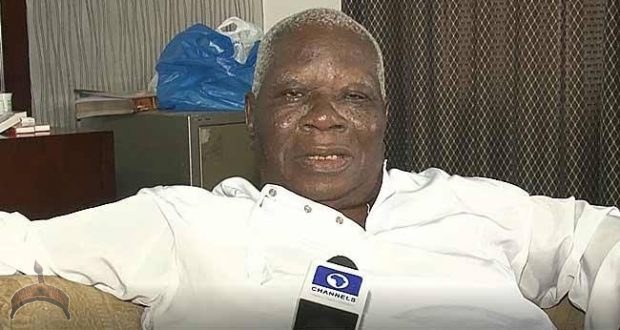 Abubakar Malami, attorney-general of the federation, declared Amotekun as illegal, on Tuesday, saying security remains the exclusive preserve of the federal government.

But Clark described Malami’s pronouncement as “unconstitutional”. The Ijaw leader said the decision to create the regional security outfit was made by the people and law enforcement agencies were carried along.

He asked the AGF to proceed to court before making such an announcement,.

“The declaration of the security outfit in the south-west is unconstitutional. The decision had been taken by the people and after they had a meeting with the law enforcement agents, the day they were going to establish it, nobody went to stop it.

“After they had declared it, other people said it is a welcome decision, even the governors in the north said they were going to do it, that it is a good decision. So I do not know why the attorney general will sit in his office and make such an announcement, which in my own view, is illegal in itself.

“So I think his decision is very wrong and will create problem and cause unnecessary tension in the country because nobody will accept it. Let him go to court, let the court declare it illegal.”

Wole Soyinka, Nobel laureate, had commended south-west governors for the regional security outfit, which he described as an unexpected New Year present.