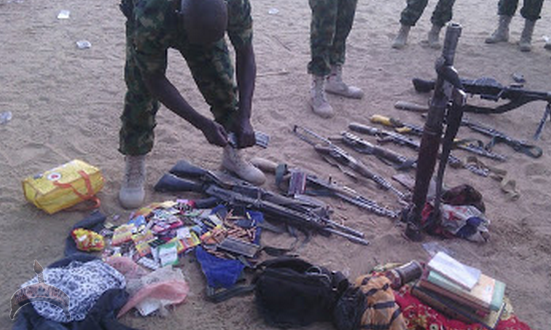 Taking after reliable information on the vicinity of some Boko Haram terrorists, troops of 113 Battalion led a battling patrol to Dunga general area on Thursday amid which they found and wrecked a Boko Haram terrorists’ camp at Alajeri town in Guzamala Local Government Area of Borno State.