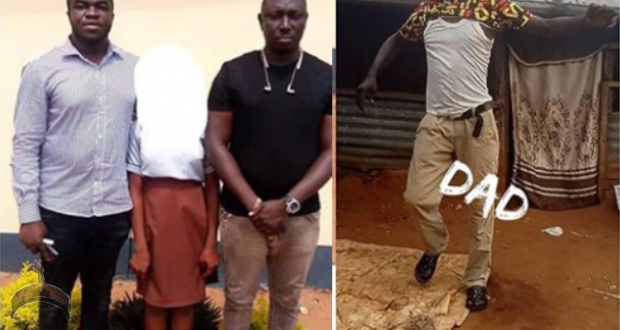 Posted by: chucks in Local News Comments Off on Man Arrested For raping, Impregnating, Procuring Abortion For His Underage daughter.

A man has been arrested for allegedly raping, impregnating and procuring abortion for his 15-year-old daughter with the connivance of his wife in #Asaba, Delta State.

According to Gwamnishu Harrison of BBI, the sexual abuse started when the victim was just 10 years old. The suspect was said to have laced his daughter’s food with drugs to perpetuate the crime.

The girl allegedly informed her mother, but she was told to keep quiet. The abuse continued until she got pregnant and it was aborted.

Recounting her ordeal, the victim said: “I just saw myself wake up tired, with blood/sperm all over my private part. My mother is aware of everything, my grandparents are aware, my elder brother is aware and our pastor is also aware”.

The victim is now in BBI’s facility, where she is currently undergoing therapy and medical treatment. Her parents are cooling off in police custody and the case will be charged to court on Monday, 8th of July, 2019.