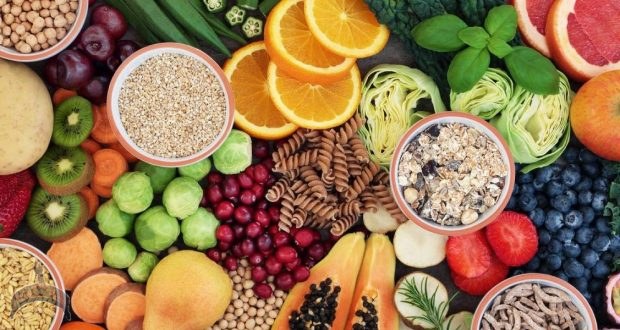 Posted by: AbubakarMuhd in Local News Comments Off on Nigeria Threatens to Block Foreign Exchange to Food Importers, but More Effective Policies could Boost Food Production

In a controversial move, the Nigerian Government has restricted funding for food imports. President Muhammadu Buhari directed the Central Bank of Nigeria to block food importers’ requests for foreign currency, in a continuation of a policy designed to support domestic agriculture. Imports of agricultural goods have been restricted since 2015, as Nigeria attempts to stimulate the agricultural sector, partly to limit its reliance on oil. The 2015 policy included a ban on foreign exchange for 41 items that the central bank felt could be produced domestically. The new directive represents a drastic expansion of that policy, which could lead to food shortages and inflation, rather than increase domestic food production.

Nigeria is the most populated country in Africa and overtook South Africa as the continent’s largest economy in 2013. Despite that, Nigeria underperforms economically. While the country’s economic growth has been rapid, poverty has deep roots, with 70 per cent of Nigerians living below the poverty line. Poverty is especially pronounced in rural areas, where it combines with poor distribution of food and inadequate post-harvest technology to make food insecurity a major challenge.

The Nigerian Government has attempted to make farming more viable, by investing heavily in agriculture since 2015. Much of this investment has come in the form of loans and farm inputs, which have been applied unevenly. Many farmers are still unable to access farming incentives. As a result, mechanisation remains low, as is access to other farm inputs such as fertiliser. Due to this, farmers (especially small-scale rice farmers) often live below the poverty line, which makes access to necessary farm inputs increasingly difficult. Investment in training for farmers is also poor and knowledge about efficient ways to handle crops after harvest and then market the product is also limited. Meanwhile, the lack of essential infrastructure, such as safe roads, further limits farmers’ access to markets. Additionally, Nigeria’s main rice growing regions are marred by high levels of insecurity, with more than three million people displaced by ongoing ethnic conflict.

Despite the government’s aversion to food imports, domestic food production has not increased enough to keep pace with population growth in Nigeria. While rice production has increased significantly, the 3.7 million tonnes it produces is far short of the seven million tonnes the country consumes. Similarly, corn production is 0.5 million tonnes short of national demand. Domestic wheat production is also inadequate. Agricultural production also lacks diversity – the country’s main crops are cassava, yams, sorghum, cocoa, groundnuts, maize and rice. Cassava and yams account for 31 and 25 per cent of agricultural production, respectively. Estimates also indicate that only a third of Nigeria’s agricultural land is under cultivation.

While there is some merit to the idea of limiting agricultural imports to stimulate domestic agriculture (rice imports fell 95 per cent between 2015 and 2017), it has done little to discourage illegal rice smuggling. Porous borders have made it difficult to control illegal imports and competition with illegal goods poses a major issue for farmers. There are also concerns that limiting food imports will lead to food price inflation. After the 2015 foreign exchange ban on rice was implemented, the price of a 50 kilogram bag of rice increased from US$24 ($35) to US$82 ($120). While the price has now largely stabilised, it has not yet reached pre-2015 lows. In June this year a 50kg bag of rice cost US$49 ($72).

A strong agricultural sector could help reduce Nigeria’s dependence on its oil sector and the government has made some inroads towards that end. Current policies designed to end imports have not been especially successful, however.  Nigeria may be better off gradually limiting imports, while simultaneously providing stronger support to farmers, encouraging mechanisation and agricultural diversity and by improving off-farm infrastructure.