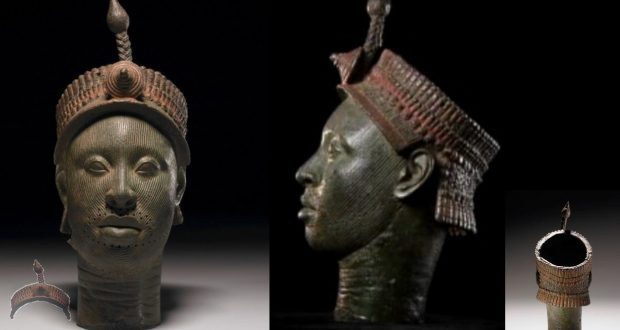 The antique dealer has refused to hand the bronze head back to Nigerian officials insisting on being paid for a certain amount of money but Nigeria insists that it will not pay for what is originally hers.

British police have continued to hold on to a stolen Nigerian artifact as Nigerian officials and a Belgian antique dealer fail to reach an agreement on its return.

The Ife Head is a bronze cast head from the old Ife kingdom which is believed to be about 700 years old. There are only about 20 of them still in existence, the BBC reports.

According to a BBC report, a local Belgian antique dealer acquired the artefact on November 14, 2007, at an auction for confiscated art items organised by Belgian authorities.

He did not know at that time that the artefact was stolen from Nigeria, especially as it was sold by the Belgian government.

The antique dealer has refused to authorise the transfer of the bronze head back to Nigeria, insisting on being paid but Nigeria insists that she will not pay for what is originally hers.

According to the BBC, in 2019, a Nigerian delegation met the dealer in a cordial atmosphere.

“I told him he could be an international hero. He said he wanted money, not people saying nice things about him,” BBC quoted Babatunde Adebiyi, a National museum official as saying.

How did the artefact get to the British police?

In 2017, the dealer tried to sell the head through Woolley and Wallis, who passed it on to the British police.

In 2019, the police took the head to the British Museum, where curators confirmed its authenticity by comparing it with a cast that was made in the late 1940s. “I feel confident it’s genuine,” said an expert who saw it.

Despite confirming its origin, the British police insist they are neutral.

“Whatever our private preference, we can’t take property from an individual,” BBC quoted an official as saying, adding that “this has to be resolved between the Nigerian government and the dealer.”

“Everyone agrees this piece was stolen,” said another British official, “but has the Belgian dealer, in legal terms, done anything wrong? He bought it at a government sale.”

How did the bronze head leave Nigeria?

Like some other missing artefacts, the Ife head was stolen from the Jos museum on January 14, 1987. Thieves broke into the museum, severely beat up the guard, and carted away nine of the museum’s most precious treasures.

In 1990 collectors in Switzerland were approached by a man trying to sell a beautiful Benin Bronze head for a half a million Swiss francs. The collectors were suspicious, and with the help of American, Swiss, and Nigerian diplomats it was identified as having come from Jos and was returned to Nigeria, the BBC reported.

Meanwhile, the other eight pieces had vanished. Most of them, including the Ife Head, are listed in a 1994 publication by the International Council of Museums (ICOM), entitled One Hundred Missing Objects; Looting in Africa.

The Ife Head would later reappear in Belgium in circumstances unknown to the public.

Nigeria determined to retrieve all its stolen treasures

The National Commission for Museums and Monuments (NCMM) had earlier this year said no fewer than 1,500 Nigerian artefacts taken away will be retrieved from across the world in 2022.

Abba Tijani, director-general, NCMM, said these were part of the over 5,000 artefacts carted away from different locations in Nigeria, decades ago.

The director-general said the artefacts would be retrieved from Germany, Australia, New Zealand, the United Kingdom, and other individual museums across the globe.

He said that upon return of the artefacts, the NCMM would organise a series of exhibitions where they would be displayed for the general public to have a glimpse of them. 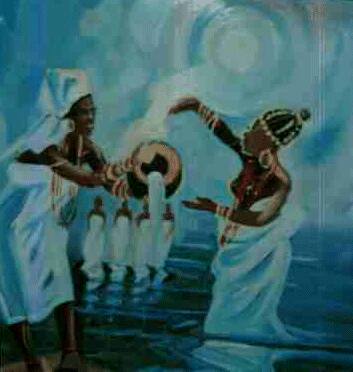 Olokun: The patron saint of Africans

Olokun is quite the Orisa. Known as both in male and female personifications, depending on what region of west Africa He/She is worshipped, Olokun is personified in patience, endurance, observation, wisdom, history of the past, future visions, and royalty personified. Its characteristics are found and displayed in the depths of the Ocean. It’s name means Owner of the Ocean. Olokun is the patron saint of Africans that were carried away during the Maafa, or what is sometimes referred to as ...