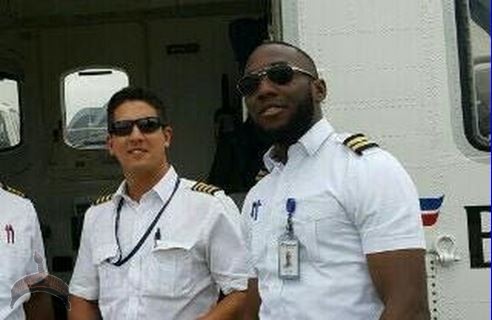 Photo: Pilot & co-pilot that passed on in the Lagoon helicopter crash

Captain Joseph Wyatt (left) from Oklahoma, USA and First Officer Peter Bello (right), were the pilot and co-pilot of the Bristow Helicopter that crashed in lagoon yesterday. Both men passed on. As per an announcement signed by Bristow’s Regional Director Africa, Duncan Moore, ​Captain Wyatt, joined the organization in 2006 and has spent his whole vocation flying with Bristow Helicopters out of Africa.

Peter Bello joined Bristow in 2014 in the wake of moving on from the organization’s Academy’s helicopter flight school.
Sun re ! 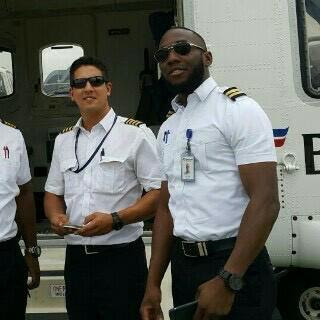 Previous: See New images from the Helicopter crash in Oworoshoki, Lagos yesterday
Next: Colourful Photos from the pulling out ceremony of the Chief of Naval Staff

Achieving the dream of learning to be a pilot is just a lengthy and frustrating way to follow, it will take pure will and  determination  to earn a professional pilot license. The moment you constitute your brain about joining possibly the most exhilarating career on earth, the struggle begins which include raising the funds for the flight training which frankly isn’t a joke. Normally a pilot spends nothing significantly less than N10million on flight training The funds needed seriously to ...