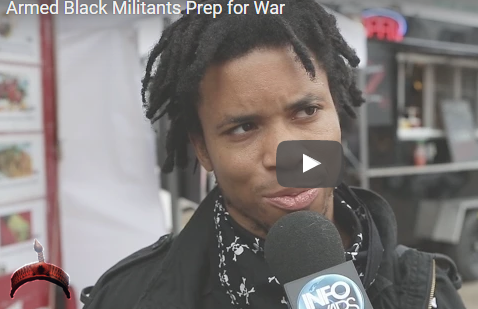 Posted by: ayangalu in World News Comments Off on Armed Black Militants Prep for War

Members of the Huey P. Newton Gun Club, held rifles as they chanted violent anti-cop statements while walking the streets of Austin, Texas. Infowars reporter Lee Ann McAdoo speaks to the groups spokesperson to try and understand what their message really is.

According to a press release, the group, also referred to as an “Armed United Front,” is composed of multiple black organizations including “Black Lives Matter,” a movement funded heavily by billionaire George Soros.