Don't Miss
Home / News From Nigeria / Breaking News / Biden Bags the fourth successive President to bomb Iraqis: how far could this latest round of escalation go? 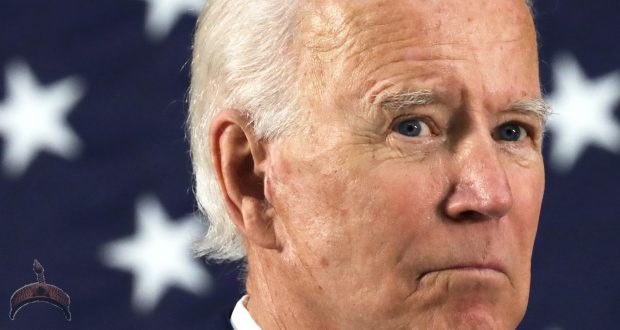 Posted by: BalogunAdesina in Breaking News, World News Comments Off on Biden Bags the fourth successive President to bomb Iraqis: how far could this latest round of escalation go?

By Aram Mirzaei for Ooduarere via the Saker blog

Another president, another act of aggression. For the past few decades, it’s almost like a mandatory rite of passage for US presidents to bomb Muslim countries. I don’t think many of us are surprised to see that current US President Joe Biden turned out to be no different to his predecessors, when Washington once more bombed Iraqis last week.

Continuing the same policy of terrorism and humiliation from the Trump era, Washington felt the need to show strength against the Resistance forces on the Syrian-Iraqi border area. What angers me most, is not just the terrorist act of killing people who are fighting US occupation and US backed terrorism, but the fact that Washington cannot and will not recognize that there is a growing local resistance to Zionist hegemony, instead resorting to degrading and humiliating legitimate resistance groups such as Hashd al-Sha’abi of Iraq (PMU) or the Houthis of Yemen by labelling them “Iranian backed proxies”.

Everything and everyone that oppose Washington and Zionist hegemony in West Asia are “Iranian backed”. Whether it is a Houthi attack on a Saudi airport, a Taliban attack on a NATO convoy or a suspiciously random rocket attack on a US base in Iraq, it is always Iran’s fault and somehow the Islamic Republic must be held responsible for these attacks. Both Washington and the Zionist entity keep attacking Resistance forces in the very area where ISIS remnants have been re-emergent for the past months, claiming their right to self defense. Self defense?! America is more than 10 000 kilometres away. US troops are occupying Syrian and Iraqi territory and Washington claims the right to self defense? This narrative has been drilled into the minds of so many people in the West that nobody even reacts when one of the Obama gang’s old crude liars, Pentagon Press Secretary John Kirby was telling the press that Washington acted to “de-escalate” the situation when it bombed Resistance forces on the Syrian-Iraqi border.

What Kirby really meant by “de-escalation” was that he believes that Washington sent Iran and its allies a “clear message”, that messing with Washington is unwise. The sad part is that he and the other psychopaths in Washington actually believe that the so called “message” will in any way deter the Resistance forces in West Asia. It is pretty clear what the US is doing with these random attacks on the Resistance forces. Washington knows the realities on the ground and acts in response to them. In Syria, it has become clear for Washington that Damascus won’t fall, that dream came down crashing when Russia entered the war in 2015. So, Washington is acting to deny Syria and her allies their well deserved victory through the occupation and looting of eastern Syria. Washington will act for as long as it takes to starve the Syrian people into submission.

In Iraq, Washington, being well aware that the Iraqi parliament has voted to expel US forces from Iraq, is desperately seeking new reasons to prolong their occupation. Be it through the magical re-emergence of Daesh terrorists in Western Iraq or through suspicious Katyusha rocket attacks on US interests in Baghdad’s green zone, which are then blamed on the Iraqi Resistance forces without any kind of evidence presented, Washington is seeking to undermine the Iraqi parliament’s decision.

In Iraq, Washington has a foothold in Baghdad not seen in Syria’s Damascus. It is through this foothold that Washington wields influence over many Iraqi politicians and thus has the ability to cause great internal disunity and animosity among Iraqis themselves.

Washington has both great influence over the Kurds in northern Iraq and over the Prime Minister’s office. PM Al-Kadhimi is known to be a close associate of Washington’s and is suspected to be cooperating with the US to prolong their stay in Iraq. During his tenure, tensions between Baghdad and the PMU have run high as government forces have made random raids on the PMU headquarters, arresting some members even. Yet even more dangerous is the escalating tensions between Washington and the PMU. On Wednesday March 3rd, a new rocket attack on the Ain Al-Assad military base was reported. This is the same military base that was struck by the IRGC last year in retaliation for Washington’s murder of martyrs Soleimani and Al-Muhandis. Previously the PMU had vowed revenge for Washington’s attack last week, which makes it rather obvious that Washington will blame the PMU for this recent strike.

With this latest round of escalation, one wonders what will happen next? Of course I’m just speculating but I see some real dangers with tensions running this high. I believe that Washington could very well seek to push Iraq into a new civil war in a bid to eradicate the Hashd al-Sha’abi. Many of the groups within the PMU have threatened to wage war on US forces if Washington refuses to withdraw. Unfortunately, this threat by the PMU can easily be exploited by the US, giving Washington a casus belli, as they intensify their “defensive” airstrikes while claiming to support Baghdad’s campaign to bring “stability” to Iraq. Such an endeavour could risk dragging several regional countries into the conflict as the Islamic Republic could be forced to intervene on behalf of the Iraqi Resistance forces.

It is clear that Washington cannot and will not attack Iran directly, such an adventure would be too risky for the crazies in the White House and Pentagon. However, fighting “Iranian backed” forces and rolling back Iranian influence could serve to both solidify the continued US occupation of Iraq in the short term, and prevent the Resistance forces from achieving complete victory, in the mid-to-long term. In order to manufacture consent, Washington must portray their actions as both “defensive” and in service of “stability and peace”. Having others fight Washington’s wars for them is a speciality for the Empire.

This is why I believe the most likely scenario to be one where Washington attempts to pit Baghdad against the PMU, then sweep in to “help” Baghdad “preserve stability”. This strategy has been used in different ways before by the Obama regime when it unleashed the Daesh terrorist group in Iraq, then claimed to fight the same terrorists it had armed and trained, in a bid to continue their occupation of Iraq and pressure pro-Iran PM Nouri Al-Maliki to resign.

Obama then did the same thing in Syria with the support of Kurdish militants in a bid to pressure Damascus into concessions. Trump continued on the same path but went even further when his administration began using phony attacks on “US interests” in Iraq as a pretext for direct confrontation with the PMU, a path that ultimately led to the murder of Martyrs Soleimani and Al-Muhandis. The then-secretary of State Mike Pompeo claimed that Washington had acted to “stabilize” Iraq with the murder of these “terrorists” who were “hated among Iraqis”.

Iraq is key to the Resistance Axis and cannot fall into enemy hands. It is however also the most vulnerable of the countries where the Resistance forces are active, as not only does Washington have great influence over Baghdad, but also over the Kurdish autonomous region in the north.

Supporting Kurdish independence is another way that Washington could seek to attack the Resistance Axis. This can be seen in Syria as well where the Kurdish militants are acting as excellent proxy troops for Washington, occupying about a third of the country and helping US forces in the looting of Syrian oil. Kurdish parties also have excellent ties to the Zionist entity in Tel Aviv, as Zionist chieftain Netanyahu has on several occasions been a vocal supporter of Kurdish independence, often likening the Kurdish people’s cause with the Zionist one. The reactionary Kurdish parties, who are too ignorant and too greedy to understand and realize that they are being used as cannon fodder to further US imperial ambitions, will be more than happy to wage war on Syria and Iraq with US support behind them.

Biden has been in office in less than two months, but in my opinion, the next four years seem to be rather clear in terms of Washington’s policies towards the West Asia region- the long wars will continue and more blood is to be expected. Bush bombed Iraq, Obama bombed Iraq, Trump bombed Iraq, and now Biden bombs Iraq.

For our people, it never matters who or what occupies the White House, the bombings and wars will continue. Iraq has a rather young population, more than 60 percent of the population is under 25 years of age. This means that most Iraqis have known nothing else except the US imposed wars on their homeland. It is a tragedy and a shameful moment in human history where most people in the totally “advanced, civilized, democratic, morally superior” West don’t care about what their despicable governments are doing in Iraq or Syria, because they are stupid Muslim terrorists anyway. This is why Iraq cannot and should not rely on Western public opinion. Resistance is the only way, and the US Empire must be kicked out with force in order for Iraqis to finally have some peace.

Previous: 6 Reasons Why Bitcoin Is So Valuable
Next: No Sheep Is Safe In Syria: Israel And ISIS Against The Herders