Don't Miss
Home / News From Nigeria / World News / The Decline of the US Empire: Lessons from the Roman Republic 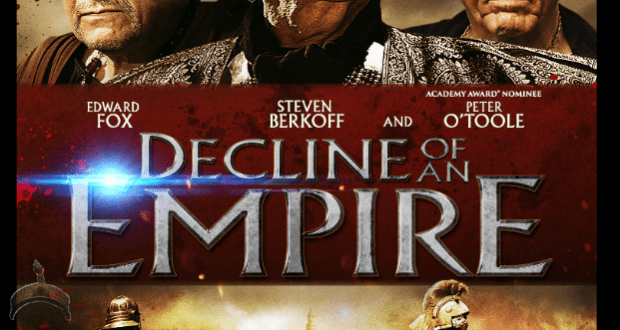 Posted by: BalogunAdesina in World News Comments Off on The Decline of the US Empire: Lessons from the Roman Republic

by Asia Teacher for Ooduarere via the Saker blog

A failure to understand why empires decline is also why history keeps repeating itself. As the US elite-led elections continue what lessons can the US learn from the Roman Republic about its decline?

From the complex dialogues of the ancient philosopher Plato and ‘The Republic’ in which he laments the end of Athenian democracy as it turns into an empire, the lessons provided include observations that progress is cyclical, not linear. That instead of viewing democracy as an endless development of improvement, societies exist in a time frame of prosperity, domination, complacency and eventually decay which heralds a demise.

The inevitability of eventual collapse means Plato viewed democracy as a system that tried to prolong itself by whatever means possible, yet also warned of populism producing anarchy, in which an excess of freedom produces chaos resulting in the desire for an oligarchy to provide security and stability.

Similarly, in a desire to prevent the consequences of populist voting, Plato in turn echoed the warnings of his mentor Socrates and the pessimism of voting for an ideology that existed without the competency of education or any knowledge of consequences. In a country with a 14% illiteracy rate, does that sound familiar in the US as it starts to vote in charlatans and demagogues as returning Messiah and Gods, or indeed, in those other 20th century societies containing cult personality leaderships?

Ordinarily, countries take a millennium to evolve, eventually producing their unique norms and values which in turn produce a consensus of beliefs. Conversely, the United States arose as a designer-created society against colonial rule by European monarchs and as a unifying force that chose unrestrained materialism and greed within an armed population free from government interference. However, remove materialism and opportunity for greed and the same anarchy appears in the US as it did in the final days of Rome. Indeed, the recent storming of Capitol Hill by the mob resembled an obituary rather than an event.

No doubt principled men, the founding fathers were also aware of the dangers of democracy, influenced in turn by the cynical philosophy of Hobbes and the uncompromising protestant doctrine of Calvin. Further, the constitution drew heavily on the ideas of the Roman Republic in an effort to prevent a repetition of British monarchist rule including a similar senate and two-man vice-president ‘consuls.’ Nevertheless, the fear of democracy ensured that “We the People” remained at a safe distance from the government by an antiquated Electoral College of political representatives. This ensured the wealth and estates of the elites remained protected from both government and the alternative populist revolutionary ideas of that era. The idea that an individual could own wealth free from government interference and without the intervention of absolute monarchs sent by God was in itself 4a revolutionary idea.

“the people … have as little to do as may be about the government.”

Meanwhile, Gouverneur (sic) Morris who wrote the preamble to the constitution went further and added,

“The mob begins to think and reason, poor reptiles … They bask in the sun, and ere noon they will bite, depend on it.”

A century later, Lincoln already foresaw the future when he noted,

“At what point then is the approach of danger to be expected? If it ever reaches us, it must spring up amongst us. It cannot come from abroad …”

The ‘danger’ Lincoln foresaw is the systemic failure of society using laissez-faire capitalist economics as an ideology in which everyone and everything becomes a marketable commodity.

The purpose of a socially engineered society was to produce a feeling of optimism, and invincibility not only in the country or the future but also on an individual level and this level of delusional optimism produced the cult behind the beliefs. We can call this the cult of the self, or me, me, me society; the terms express the individual as a higher power dependent on materialism in which each attempt to create a status based on wealth. The failure to promote critical thinking turned an economic system into an ideology. Teaching people what to think instead of how to think is an indoctrination that removes the historical perspective and concentrates on the present. In other words, it removes politics and the causation of social problems and places the results onto the individual. Consequently, this in turn produces the beliefs of limitless opportunities, the sky is the limit, everything is possible and when it doesn’t happen, cult personalities appear as saviors and demagogues. Yet the language used to describe the illusion bears no resemblance to the political, social or economic reality.

Leaving aside the current myths of the U.S. as a “shining beacon of light” or the “indispensable nation”, weren’t the 20th-century German, Soviet and British empires also considered exceptional in their era? The shared commonality of those who live within empires is an inability to understand they share similar characteristics and illusions of a superiority doctrine. Currently, the majority U.S. population is under the same indoctrinated beliefs as the previous others.

However, eventually narcissistic and greedy politicians, bankers and corporations became status symbols of success and viewed poverty as individual failure was inevitable. Less than three centuries after its founding, the Wild West returns to American streets (and on other streets in the world), in which killing each other now resembles a national pastime, tent cities become the norm and health for tens of millions is a crowd-funded commodity, in a country that has only been at peace for two decades since its founding. In a country that once sent a man to the moon, Antifa ‘Red Guards’ and the cultural Marxist BLM patrol the cities as dissent becomes censored and half-naked men walk the streets waving pink flags. Indeed, the recent events such as the mob attack on Capitol Hill are more of an obituary than an event in a country in which Lady Gaga and Kim Kardashian have more followers on Twitter than the total votes cast in the 2016 elections!

Eisenhower in his farewell speech in 1961 warned America about the threat of its “military-industrial complex.” Whilst Carter, about China in 2019, told President Trump that the US is “the most warlike nation in the history of the world …” In effect, he was saying that while the US had spent three trillion on needless wars in three decades, China had spent zero and that’s why it was racing ahead.

Can the ramparts of the Homeland Defense Act keep the barbarian hordes at bay and can the demagogues behind “change you can believe in” or “MAGA” save the empire?

The transition from the US Republic to a Roman Empire contains the same updated tribute transfers of wealth from nations in the form of the modern petrodollar and internally, the same political corruption and mob anarchy on its streets.

The ancient gladiator games now involve arming weaker nations, referred to by President Trump as “Sh**hole countries”, as modern-day plebs weaned on government-provided bread and reality TV show circuses cheer on the blood sports from the comfort of their armchairs.

In today’s Roman arena Iraq fought NATO and the US military assisted the Saudi’s bombing of Yemen into pieces as the mob roared HOO-RAR. The president gave a thumbs down and American corporations led by Wall Street moved in to deliver the coup de grâce.

The modern-day act of slavery is still alive and kicking as the Empire’s elite fill their industrial complexes with a slave army of defeated countries low-wage foreign workers and their own incarcerated millions.

The Romans worshipped the Gods of Jupiter, Juno and Minerva. The US Gods live on Wall Street. The stock market is their altar and the dollar the idol to whom they pray.

The CIA replaced the conquering Roman legions that once enlarged the Roman Empire, producing a similarly re-occurring nightmare in its backyard and those of others across the world. Forgotten atrocities or dismissed as irrelevant? Moreover, the CIA is a large part of the military and industrial complex ‘swamp’ that help provide the U.S. with its first-world lifestyle in a post-industrial era.

In conclusion, from the great intellectuals of a previous era emerged the physicist Einstein, literary Steinbeck and NASA space scientists. Conversely, into the millennial pseudo-intellectual abyss devoid of critical thinking or empirical evidence entered beliefs, opinions and conspiracy theories.

The only hope left for America is to abandon its paranoid hatred, competitiveness against the outside world and indoctrinated beliefs of a God-given right to rule it and find its place in the world community before it implodes. Or in a nuclear age, explodes. Historically, neither US polarized political extreme ever succeeds and remains the graveyard of empires.

Previous: The Global Debt Scam – Day of Reckoning? 
Next: Woke Africans complaining that Africa is not going forward because we keep blaming “white” people for our problems 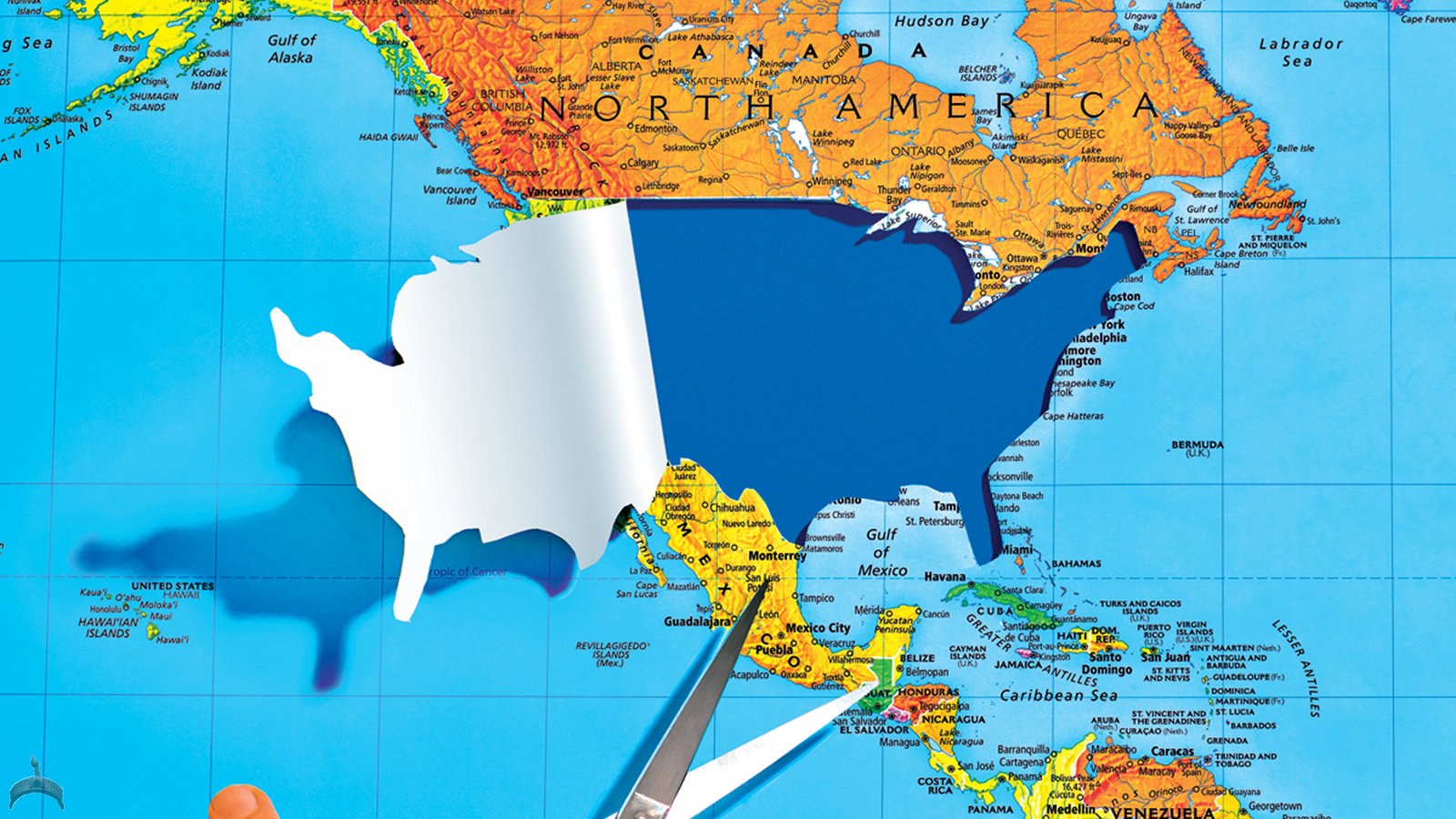 A guide to the AngloEuroZionist Establishment Lexicon