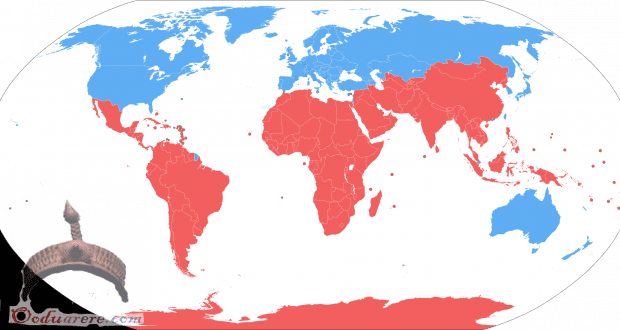 Posted by: BalogunAdesina in World News Comments Off on Global South: Gold-backed currencies to replace the US dollar

by Pepe Escobar, first published at The Cradle, reposted here with the author’s permission

The adoption of commodity-backed currencies by the Global South could upend the US dollar’s dominance and level the playing field in international trade.

First: One of the key takeaways from the World Economic Forum annual shindig in Davos, Switzerland is when Saudi Finance Minister Mohammed al-Jadaan, on a panel on “Saudi Arabia’s Transformation,” made it clear that Riyadh “will consider trading in currencies other than the US dollar.”

Second: The Central Banks of Iran and Russia are studying the adoption of a “stablecoin” for foreign trade settlements, replacing the US dollar, the ruble and the rial. The crypto crowd is already up in arms, mulling the pros and cons of a gold-backed central bank digital currency (CBDC) for trade that will be in fact impervious to the weaponized US dollar.

The really attractive issue here is that this gold-backed digital currency would be particularly effective in the Special Economic Zone (SEZ) of Astrakhan, in the Caspian Sea.

Astrakhan is the key Russian port participating in the International North-South Transportation Corridor (INTSC), with Russia processing cargo traveling across Iran in merchant ships all the way to West Asia, Africa, the Indian Ocean, and South Asia.

The success of the INSTC – progressively tied to a gold-backed CBDC – will largely hinge on whether scores of Asian, West Asian, and African nations refuse to apply US-dictated sanctions on both Russia and Iran.

As it stands, exports are mostly energy and agricultural products; Iranian companies are the third largest importer of Russian grain. Next will be turbines, polymers, medical equipment, and car parts. Only the Russia-Iran section of the INSTC represents a $25 billion business.

And then there’s the crucial energy angle of INSTC – whose main players are the Russia-Iran-India triad.

India’s purchases of Russian crude have increased year-by-year by a whopping factor of 33. India is the world’s third-largest importer of oil; in December, it received 1.2 million barrels from Russia, which for several months now been positioned ahead of Iraq and Saudi Arabia as Delhi’s top supplier.

Third: South Africa holds this year’s rotating BRICS presidency. And this year will mark the start of BRICS+ expansion, with candidates ranging from Algeria, Iran and Argentina to Turkey, Saudi Arabia and the UAE.

South African Foreign Minister Naledi Pandor has just confirmed that the BRICS do want to find a way to bypass the US dollar and thus create “a fairer payment system not skewed toward wealthier countries.”

For years now, Yaroslav Lissovolik, head of the analytical department of Russian Sberbank’s corporate and investment business has been a proponent of closer BRICS integration and the adoption of a BRICS reserve currency.

Lissovolik reminds us that the first proposal “to create a new reserve currency based on a basket of currencies of BRICS countries was formulated by the Valdai Club back in 2018.”

Are you ready for the R5?

The original idea revolved around a currency basket similar to the Special Drawing Rights (SDR) model, composed of the national currencies of BRICS members – and then, further on down the road, other currencies of the expanded BRICS+ circle.

Lissovolik explains that choosing BRICS national currencies made sense because “these were among the most liquid currencies across emerging markets. The name for the new reserve currency — R5 or R5+ — was based on the first letters of the BRICS currencies all of which begin with the letter R (real, ruble, rupee, renminbi, rand).”

So BRICS already have a platform for their in-depth deliberations in 2023. As Lissovolik notes, “in the longer run, the R5 BRICS currency could start to perform the role of settlements/payments as well as the store of value/reserves for the central banks of emerging market economies.”

It is virtually certain that the Chinese yuan will be prominent right from the start, taking advantage of its “already advanced reserve status.”

Potential candidates that could become part of the R5+ currency basket include the Singapore dollar and the UAE’s dirham.

Quite diplomatically, Lissovolik maintains that “the R5 project can thus become one of the most important contributions of emerging markets to building a more secure international financial system.”

In Golden Ruble 3.0, his most recent paper, Glazyev makes a direct reference to two by now notorious reports by Credit Suisse strategist Zoltan Pozsar, formerly of the IMF, US Department of Treasury, and New York Federal Reserve: War and Commodity Encumbrance (December 27) and War and Currency Statecraft (December 29).

Pozsar is a staunch supporter of a Bretton Woods III – an idea that has been getting enormous traction among the Fed-skeptical crowd.

What’s quite intriguing is that the American Pozsar now directly quotes Russia’s Glazyev, and vice-versa, implying a fascinating convergence of their ideas.

Let’s start with Glazyev’s emphasis on the importance of gold. He notes the current accumulation of multibillion-dollar cash balances on the accounts of Russian exporters in “soft” currencies in the banks of Russia’s main foreign economic partners: EAEU nations, China, India, Iran, Turkey, and the UAE.

He then proceeds to explain how gold can be a unique tool to fight western sanctions if prices of oil and gas, food and fertilizers, metals and solid minerals are recalculated:

“Fixing the price of oil in gold at the level of 2 barrels per 1g will give a second increase in the price of gold in dollars, calculated Credit Suisse strategist Zoltan Pozsar. This would be an adequate response to the ‘price ceilings’ introduced by the west – a kind of ‘floor,’ a solid foundation. And India and China can take the place of global commodity traders instead of Glencore or Trafigura.”

So here we see Glazyev and Pozsar converging. Quite a few major players in New York will be amazed.

Glazyev then lays down the road toward Gold Ruble 3.0. The first gold standard was lobbied by the Rothschilds in the 19th century, which “gave them the opportunity to subordinate continental Europe to the British financial system through gold loans.” Golden Ruble 1.0, writes Glazyev, “provided the process of capitalist accumulation.”

Golden Ruble 2.0, after Bretton Woods, “ensured a rapid economic recovery after the war.” But then the “reformer Khrushchev canceled the peg of the ruble to gold, carrying out monetary reform in 1961 with the actual devaluation of the ruble by 2.5 times, forming conditions for the subsequent transformation of the country [Russia] into a “raw material appendage of the Western financial system.”

What Glazyev proposes now is for Russia to boost gold mining to as much as 3 percent of GDP: the basis for fast growth of the entire commodity sector (30 percent of Russian GDP). With the country becoming a world leader in gold production, it gets “a strong ruble, a strong budget, and a strong economy.”

All Global South eggs in one basket

Meanwhile, at the heart of the EAEU discussions, Glazyev seems to be designing a new currency not only based on gold but partly based on the oil and natural gas reserves of participating countries.

Pozsar seems to consider this potentially inflationary: it could be if it results in some excesses, considering the new currency would be linked to such a large base.

Off the record, New York banking sources admit the US dollar would be “wiped out since it is a valueless fiat currency, should Sergey Glazyev link the new currency to gold. The reason is that the Bretton Woods system no longer has a gold base and no intrinsic value, like the FTX cryptocurrency. Sergey’s plan also linking the currency to oil and natural gas seems to be a winner.”

So in fact Glazyev may be creating the whole currency structure for what Pozsar called, half in jest, the “G7 of the East”: the current 5 BRICS plus the next 2 which will be the first new members of BRICS+.

Both Glazyev and Pozsar know better than anyone that when Bretton Woods was created the US possessed most of Central Bank gold and controlled half the world’s GDP. This was the basis for the US to take over the whole global financial system.

Now vast swathes of the non-western world are paying close attention to Glazyev and the drive towards a new non-US dollar currency, complete with a new gold standard that would in time totally replace the US dollar.

Pozsar completely understood how Glazyev is pursuing a formula featuring a basket of currencies (as Lissovolik suggested). As much as he understood the groundbreaking drive towards the petroyuan. He describes the industrial ramifications thus:

“Since as we have just said Russia, Iran, and Venezuela account for about 40 percent of the world’s proven oil reserves, and each of them is currently selling oil to China for renminbi at a steep discount, we find BASF’s decision to permanently downsize its operations at its main plant in Ludwigshafen and instead shift its chemical operations to China was motivated by the fact that China is securing energy at discounts, not markups like Europe.”

The race to replace the dollar

One key takeaway is that energy-intensive major industries are going to be moving to China. Beijing has become a big exporter of Russian liquified natural gas (LNG) to Europe, while India has become a big exporter of Russian oil and refined products such as diesel – also to Europe. Both China and India – BRICS members – buy below market price from fellow BRICS member Russia and resell to Europe with a hefty profit. Sanctions? What sanctions?

Meanwhile, the race to constitute the new currency basket for a new monetary unit is on. This long-distance dialogue between Glazyev and Pozsar will become even more fascinating, as Glazyev will be trying to find a solution to what Pozsar has stated: tapping of natural resources for the creation of the new currency could be inflationary if the money supply is increased too quickly.

All that is happening as Ukraine – a huge chasm at a critical junction of the New Silk Road blocking off Europe from Russia/China – slowly but surely disappear into a black void. The Empire may have gobbled up Europe for now, but what really matters geoeconomically, is how the absolute majority of the Global South is deciding to commit to the Russia/China-led block.

The economic dominance of BRICS+ may be no more than 7 years away – whatever toxicities may be concocted by that large, dysfunctional nuclear rogue state on the other side of the Atlantic. But first, let’s get that new currency going. 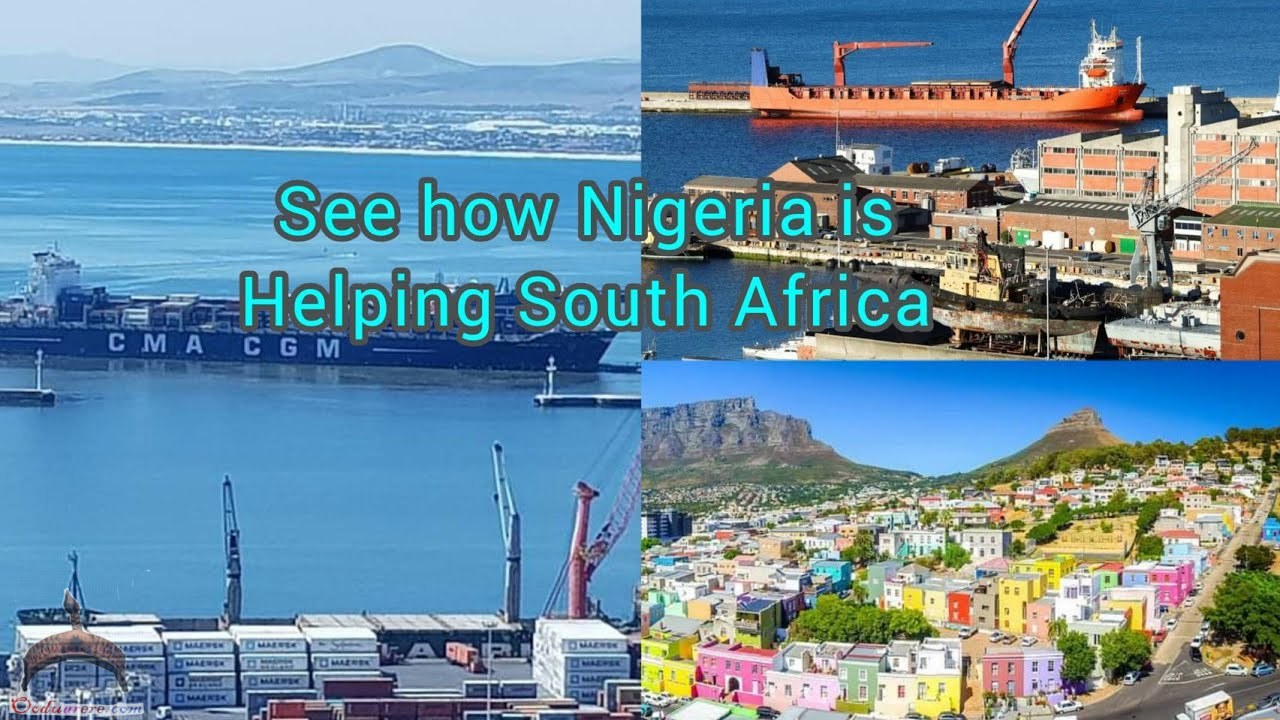