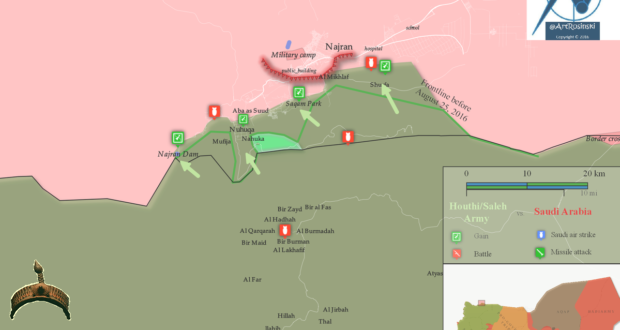 Posted by: BalogunAdesina in World News Comments Off on Houthi Alliance Advancing On Saudi Border City Of Najran

Amid the escalation of the Yemeni conflict, the Houthi-Saleh alliance is advancing on the Saudi border city of Narjan.

on Narjan Damn
on Aba as Suud
Saudi military sites east of the city of Narjan
According to Yemen’s al-Masirah television, the Houthi-Saleh alliance seized a tank, several armored vehicles and ammunition abandoned by the Saudi troops near Najran. There is no information about casualties of the sides.

Houthi-Saleh fighters break into command posts east of Shurfah near in the Saudi province of Najran: 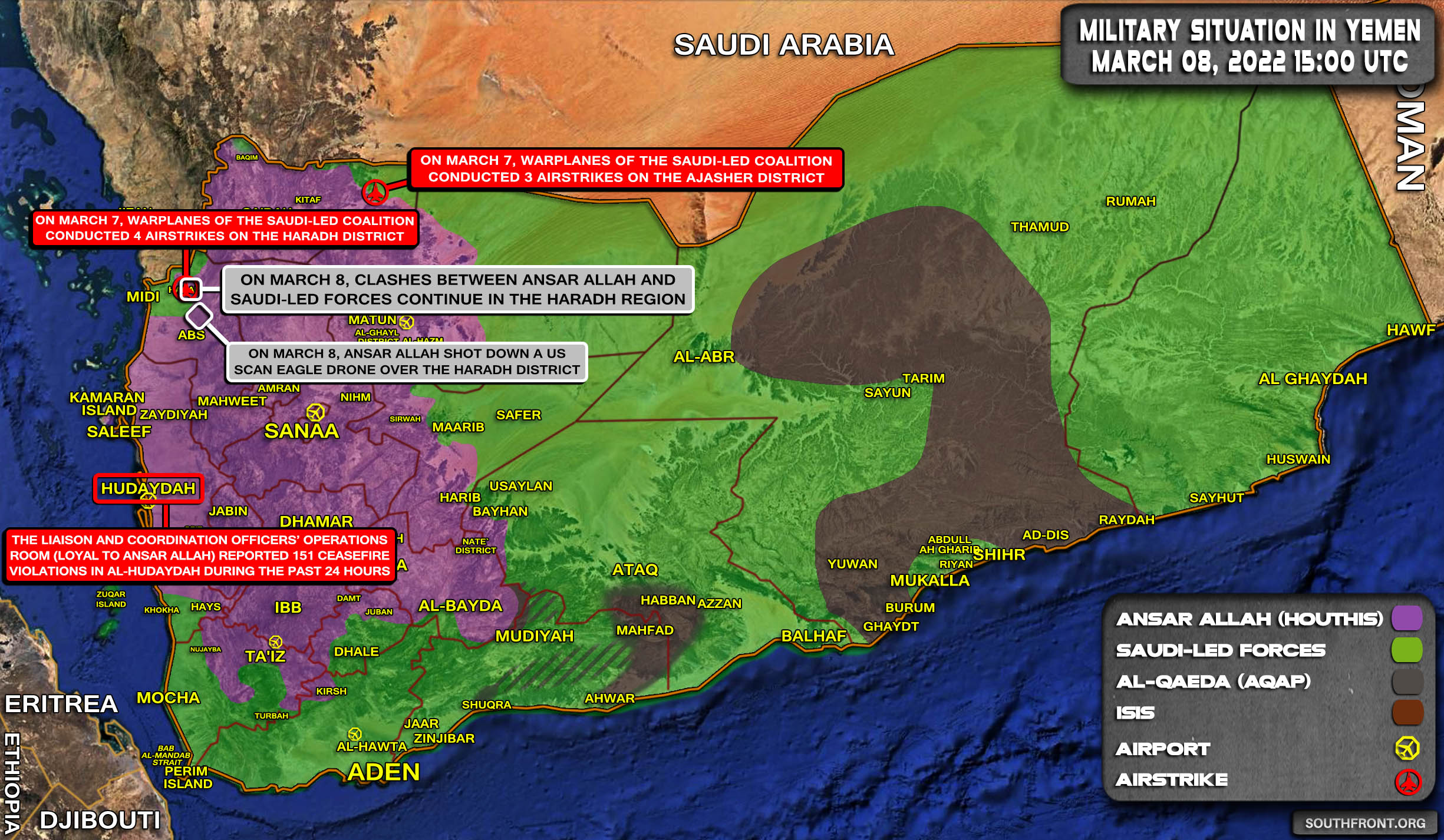