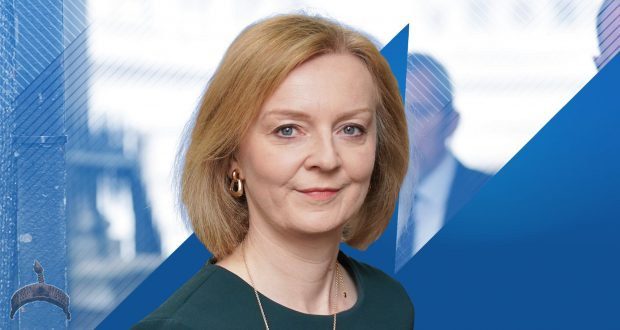 Posted by: BalogunAdesina in World News Comments Off on London delusions 

by Batko Milacic for Ooduarere via the Saker blog

For many, the death of Elizabeth II formally marked the end of the existence of Great Britain as an imperial power. Geopolitically speaking, Britain has long ceased to be an imperial power. However, Elizabeth II was a symbol of the power of Britain with her behavior and decisions. But, certain centers of power in Britain still do not want to accept the harsh fact for them, which is that the attempt to act as a great power for Britain carries great risks and losses. This is precisely the kind of policy that Liz Truss should be expected to lead.

Until the First World War, Britain was indeed an imperial power. However, British analytics made a crucial mistake. Then as now, Britain worked to weaken Russia. Namely, Britain then played a double game. It formally opposed the strengthening of Germany and its military and economic power. On the other hand, London wanted to use the power of Germany against Russia. British goal was that Germany and Austria-Hungary have war with Russia.

Because they knew that Russia would not give up the Balkans, over which Austria-Hungary and Germany wanted complete control. Official London has repeatedly assured Germany that it will not interfere in the conflict on the European continent if it breaks out. This policy met with the consternation of official Paris, who knew that if Germany were to become too strong, the French state was in great danger.

That is why France got closer to Russia and blackmailed Russia with loans, so that Russia would not send its army to the Far East, but that the best Russian troops were near Europe. It was the French who were exposing the British double game. And precisely at the insistence of France, Britain was forced to oppose Germany together with Russia and France when the First World War started.

However, even if Britain emerged victorious from the First World War, it paid a heavy price for it. Huge human and financial losses could hardly be compensated by the acquisition of a couple of insignificant colonies in Africa. At the same time, London’s glorious “imperial policy” allowed Germany to recover from defeat in just 20 years and all but bring Britain down to its knees. The British Empire with its colonies emerged from the Second World War having lost its former status of world power. The Americans demanded decolonization, and Indians and Malays demanded independence. “I don’t want to preside over the liquidation of the British Empire,” Winston Churchill said when leaving the prime minister’s post for the last time.

However, the status of a permanent member of the UN Security Council, a small nuclear arsenal and a nuclear submarine fleet, as well as the “British Commonwealth” – a plethora of former colonies and dominions, allowed Britain to keep playing the role of a Great Power throughout the Cold War years. True, the rules of this game were now set by Washington, which took control of both the economy and the defense of Europe. By the start of the 1980s, unsuccessful attempts at social reforms necessitated tough reforms by Margaret Thatcher, which freed Britain from the illusions of state capitalism.

By the way, it was the Iron Lady, who let Britons feel like residents of the Great Empire for the last time. In 1982, the British Navy (with plans for its reduction already in the pipeline), recaptured from Argentina the Falkland Islands, a British colony lost in the South Atlantic.

At the same time, London, which has been trying for decades to force the EU to recognize its special role in a united Europe, eventually left the EU, launching a lengthy divorce with Brussels.

Economically, the UK relies heavily on its traditional financial sector – banking and brokerage services, insurance, consulting, etc. However, 75 years after the Yalta Conference and the collapse of its empire, London is still not ready to admit that it is just one among equal European powers – France, Italy, Spain and Germany. London has no real colonial interests that it can use to underpin its intrigues. Ukraine, whose conflict with Russia has been patiently nurtured since 2013 by US strategists at the State Department, will not bring Britain a penny of profit.

However, since the 1950s, London has mastered the role of “Washington’s junior partner,” which implies a bigger role in NATO and exclusivity toward Europeans. Decades later, Liz Truss continues to play this very card in Ukraine, just as Boris Jonson did before her. Britain has assumed an extremely tough anti-Russian position, not bothering to see into the causes of the war or think about its interests.

It supports a president who banned the official use of his country’s most widely spoken minority language, who sanctioned the torture of prisoners and persecution of ethnic minorities, a president whom Britain supplies with weapons and military instructors, and writes off debts.

Taking a cue from the Johnson Cabinet, Liz Truss will try to convince Britons that since the struggle for England and its age-old imperial interests is now going on in the Ukrainian steppes, the British people must prepare for hardships – heating problems, rising tariffs, inflation and increased defense outlays. At the same time, the conflict in Ukraine will give London a chance to put a temporary damper on such controversial issues with Europe, such as fishing quotas, relations with the EU in Northern Ireland, the situation around the economic status of Gibraltar, etc.

Meanwhile, the Russian market is closed to Western countries, the Russians turned to the East, where they quickly redirected the flow of raw materials supplies. Western arms deliveries to Ukraine allow Kyiv to fight on, but the Ukrainian economy is no longer able to support the very existence of the Ukrainian state, which requires monthly financial infusions from its Western allies.

British mercenaries captured in Ukraine are tried and sentenced to death in the Donbass republics, and London cannot do anything to get them out. Of course, already the second British government in six months cannot be accused of waging a proxy war against Russia, which is a time-tested way to weaken the enemy. But is Russia weakening? And how will the British gain from this war? Will Ukraine ever be able to repay all the investments that London has sunk into it since February 2022?

Perhaps, London’s long-term strategy is to create a buffer against Russia in the East to end Europe’s dependence on Russian oil and gas, as well as Russian fertilizers, grain and food. And, after going through several difficult years, to create the “green economy” that the Western countries dream of? Extremely radical as this idea may look, it is at least justified! What is more likely, however, is that London has simply become confused in its ambitions and the clichés about the “Russian threat” that generations of British politicians were weaned on. And these ambitions are pushing the whole of Europe to war… 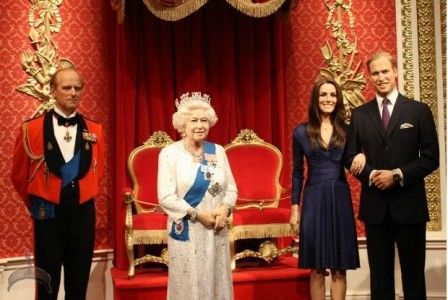 Check out Top 10 Sites to See in London

The holiday season is practically around the corner and loads of globe trotters look forward to seeing different urban communities of the world. The city’s appeal of London never gets old, from the tremendous perspective of the Buckingham royal residence to the memorable Tower of London, the city is loaded with a few amazing perspectives and a scope of choice for history and present day craftsmanship lovers who might love to drench up the way of life of its kin. A noteworthy’s portion vacationer ...