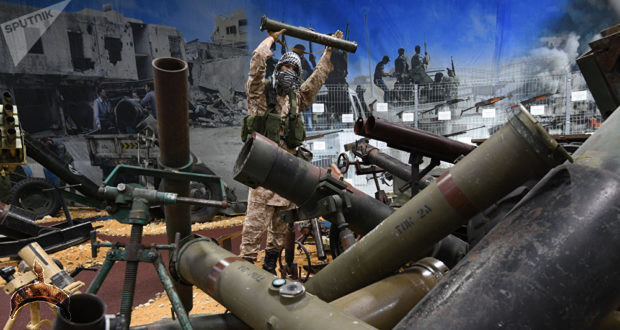 Posted by: BalogunAdesina in World News Comments Off on Latest NATO Arms From US Found in Daesh Depot in Al Mayadin – Syrian General

Brigadier General of the Syrian Arab Army shows reporters the weapons they captured after the liberation of the Syria’s city of Al Mayadin. NATO official has denied the information.

The largest Daesh storehouse captured by the Syrian armed forces in the city of Al Mayadin, in the east of Syria, contained the latest examples of NATO weapons from the United States, Belgium and the United Kingdom, Brigadier General of the Syrian Arab Army Hasan Suheil told reporters.

“It will take us at least six days to take out all these trophies left here by Daesh fighters after their escape. There are a lot of weapons and various foreign made means of communication, “Suhail said.

Al Mayadin was a logistics center with a well-organized system of warehouses and workshops. After its liberation, the Syrian military’s trophies included small arms and anti-tank weapons, artillery pieces and shells, homemade mines, as well as tanks and armored personnel carriers previously seized by terrorists from the Iraqi army.

The Syrian military also showed journalists radar equipment, medical devices and a workshop for the production of drones with dozens of ready-made drones used by militants for reconnaissance and targeted bombing, all of which was captured on the Al Mayadin satellite communications system. The bulk of the terrorist arsenal consists of weapons from NATO countries. In particular, a 155-mm howitzer manufactured in Britain was found in the Daesh storehouses.

Sputnik has spoken with a NATO official about the issue. He has refuted the claims about the NATO weapons in terrorists’ hands, calling them ‘misleading’.

“NATO does not sell or possess any weapons. So the phrase ‘NATO weapons’ is misleading. NATO is part of the Global Coalition to Defeat ISIS. We contribute to the Coalition with AWACS surveillance flights as well as with training for Iraqi forces. NATO is not present or directly involved in Syria, but several Allies are actively fighting ISIS there with significant results. The crisis in Syria continues to be a humanitarian catastrophe, and a major destabilizing factor in the region and beyond,” the official said.

A UK Ministry of Defense official has also commented on the Syrian general’s statement, telling Sputnik that the claims “sound like speculation.”

Previous: Reporting from Korea during the 2013 ‘crisis’: 5 key facts the West ignores
Next: Cristiano Ronaldo Wins Men’s Player Of The Year 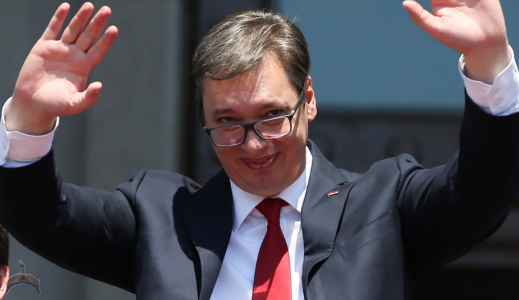 By Saker Staff for ooduarere via the Saker Blog The Ukraine conflict is already a world war, given that the West is fighting Russia via its proxies in Kiev, Serbian President Aleksandar Vucic told local media on Wednesday. Serbian President Vucic: “I know what awaits us. As soon as Vladimir Putin has done his work in Seversk, Bakhmut, and Soledar, after reaching the second line Slaviansk-Kramatorsk-Avdeevka, he will come up with a proposal. And if they [the West] don’t accept ...