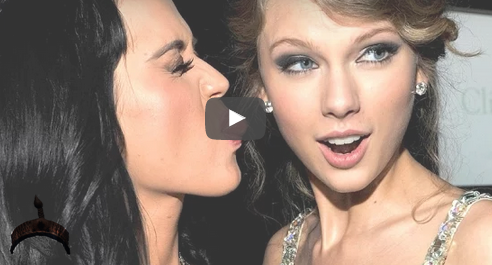 “Did they expect us to treat them with any respect?”
Roger Waters, The Fletcher Memorial Home

I never had anything good to say about the Eurovision. I could tell you all the reasons why I hate the crap people nowadays think of as “pop music”. But since Paul Joseph Watson did a special video expressing pretty much the same feelings as I have, I will give him the floor:

So it will not surprise you that I don’t give a damn about the Eurovision. However, in this case, it seems that our glorious Europe as decided to teach Putin a lesson once and for all and decided to award the 2016 Eurovision to a Ukie-Crimean Tatar singer named Jamala and her song “1944”, which you can view here, including the lyrics.

Let’s be clear, this is just the same kind of petty “fuck you” to Russia as what the Poles do when they destroy monuments to the Soviet soldiers who liberated them from the Nazis or when the Ukronazis blew up electricity poles on the Crimean border: no big deal, but a clear intent to try to aggravate the Russians.

I sincerely welcome these efforts. With all my heart.

I have always found it embarrassing that Russian singers (I would not call them “artists”) participated into this imbecilic display of kitsch and bad taste and I think that the Russian media out to be ashamed of having mislead the Russian people into believing that the Russian contestant this year a a chance in hell of winning (the Russian reporters who aired that nonsense know full well that, just as the beauty pageants, the Oscars, the Cannes Festival and all the other capitalist pseudo-cultural Ersatz – all these events are rigged, all the deals paid for months before the event, and the integrity of it all on par with pro wrestling). So I sure hope that this time around Russians will take that petty “fuck you” as a good slap in their face. Because a slap can wake you up and make you regain consciousness.

What did Russia expect participating in this buffoonery?! Really! There are plenty of fantastic music competitions and festivals worldwide every year. They include Classical, Baroque, Ethnic, Folk, Rock, Jazz and any other genre. And Russians do fantastically well in all these events. So what in the world is Russian doing at the friggin Eurovision and what did the Russians expect from Europe – standing ovation maybe?

In this deal, everybody got what they deserved. The Europeans got a sense of their immense cultural power and social relevance. Jamala got a paycheck and her 5 minutes of fame. Russia got a much deserved lesson in hypocrisy.

For 2017 I think that it is Pussy Riot who should get the Eurovision prize. Maybe for a joint appearance with Conchita Wurst, in a song describing how the modern Russian Gulag is filling with homosexual martyrs surrounded by barbed wire, watch towers, rabidly homophobic guards, German Shepard and anti-Semitic Orthodox priests.

The artistic value of such a song would be most definitely immense.