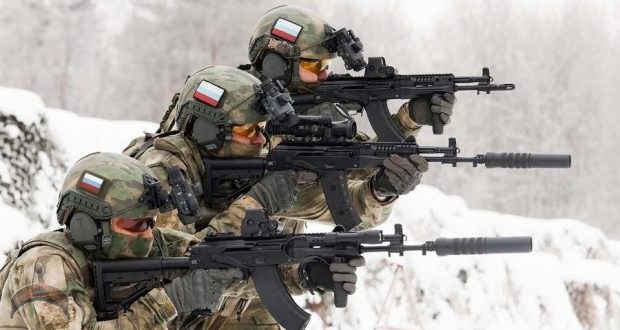 This is going to be the last, tenth, open thread on the topic of the escalation in the eastern Ukraine (unless, of course, the attack actually happens, at which point I will probably reopen an open thread again).

The latest news from Russia: Defense Minister Shoigu has indicated that every single military district is currently running readiness exercises which include a total of 4’000 (that is four thousand!) separate exercises on a total of 101 different military training grounds.  Oh, and while the exercises conducted in April by Russia were scheduled before the Ukronazi mobilization, these latest ones are “unannounced readiness exercises”.  Finally, there is some evidence that the troops which were deployed in April have not returned back to their barracks.  The Russian strategic deterrence forces also recently executed large scale readiness exercises.

In the meantime, NATO is engaged in its own war rehearsal, “Defender Europe 2021” or a total of 40’000 soldiers, including 20’000 US personnel (it is unclear how many transgenders that includes).   To evaluate this move, please keep in mind that the arrival of Russian hypersonic standoff weapons weapons (land, sea and air based) means that in case of real war the US would not have the means to resupply US/NATO forces in Europe.  Conversely, if the US/NATO wanted to prepare for an attack on Russia, or to “defend” Banderastan, they would need months to redeploy the necessary forces and means to Europe.

At this point, everybody has heard about the rumor that the US is sending five ships into the Black Sea to show support for the Urkonazis and deter Russia.  Since I debunked this nonsense many times, I asked my friend Andrei Martyanov to write his own commentary about this absolutely idiotic move.  He did some, quite convincingly, here in this column (please comment about his article in the comments section below it, not here).  I am deeply grateful to Andrei for his time and expertise.

Finally, on the political level, everybody is talking to everybody else, too many official phone calls to list them all, nevermind the behind the scenes unofficial ones.  Let’s hope that this continues, because as long as they are talking there is still a chance to avoid a catastrophe.

In 1985, the singer Sting released his famous song “The Russians“.  In this, truly quite beautiful, song Sting expresses the following hope “Believe me when I say to you, I hope the Russians love their children too“.  In 1985 I was only 22, but I remember thinking “folks in the West wonder whether we love our children too – how weird, as if we were some kind of different species and not quite human”.  Of course, by “The Russians” Sting primarily meant the gerontocrats in the Kremlin but, still, his choice of words really felt weird to me, especially against the background of all the stupid myths and clichés which most westerners believe about the Russians and Russia in the first place.

Now, over three decades later, I don’t wonder if the “westerners love their children too”, but I do wonder if they realize that they are quite literally putting their children, and the entire planet, at risk and for absolutely no valid reason except a passionate, yet dull, hatred of everything Russian.  Considering the deafening silence in the western legacy Ziomedia, I have to say that no, very few westerner do realize how dangerous the current situation is, that is, far, far more dangerous than the Cuban Missile crisis: then the media was full of reports and discussions; today – all we hear is a neverending stream moronic “Woke” bullshit about “White privilege”, “systemic racism” and how great anything and everything black (no matter how vulgar and fake) is.

The simple truth is that the USA cannot commit cultural suicide and turn into a country of “wiggers” while, at the same time, expecting to be taken seriously, especially in Zone B.  And yet, with “Biden” in power, this is exactly what is taking place, and knowing the hate-filled psychotype of the folks running “Biden” invariably display, I am afraid that they are much more interested in “woking” the USA than to preserve world peace.

It is a sweet karmic justice that the Ukraine wanted to become like the West but that, in the end (maybe even literally!), it is the West which became very much like the Ukronazi-run Ukraine: ideology über alles!

God help us all!

Previous: Who is Orisa Aje How does it work?
Next: Russian Defence Minister Sergey Shoigu Responded To Nato Accusations