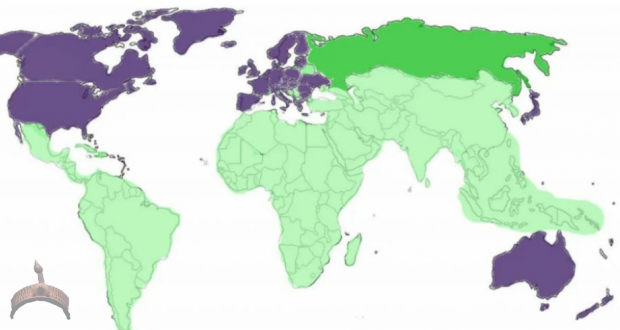 “The Russians” commit yet another “atrocity”

Posted by: BalogunAdesina in Breaking News, World News Comments Off on “The Russians” commit yet another “atrocity”

The big news today is that those evil Russkies have fired a Tochka-U missile with a cluster warhead at the city of Kramatorsk, killing scores of innocent civilians.  The “entire civilized world” is disgusted and immediately announced even MORE sanctions, MORE condemnation and MORE anti-Russian virtue signalling.

Minor problem: Russia does not have Tochka-U missiles, which are 30 year old Soviet missiles which have been far surpassed by modern Russian missiles (of which Russia has plenty enough).  How do we know that it was  Tochka-U which was used?

Because of the tail section which separates from the warhеard during the flight.  Here it is:

No Russian tactical missile in service with such a tail section, and only the Ukrainian Tochka-U have.

How much of a problem is that for the Empire of Hate and Lies?

Very minor, really.  Remember that their PSYOPS are directed at two kind of people:

Russia did not have the old-model Buk which allegedly shot down MH-17 either, which did not stop the Empire of Hate and Lies to instantly blame the shooting down on Russia.  And Russia has long liquidated her chemical weapons stores, unlike the US or the UK, by the way.

But who cares about that when hating Russia and Russians is all which really matters?

In fact, this is straight out of the western PSYOPs book:

So we have a major false flag in Bucha, and now we have that Tochka-U in Kramatorsk.  What will come next?

God only knows, but the goal is to associate “Russians” with “atrocities” in what is left of the mind of the eagerly scatophaging serfs in Zone A.

In the meantime, inside Russia a scandal is brewing with the latest statements of Dmitry Peskov who said a lot of very dumb things in his latest interviews.  Frankly, the day Putin fires Peskov I will personally feel an immense sense of relief.  During peacetimes having folks like Medinski and Peskov is painful enough, but during war times folks with their mindset are a real DANGER for Russia as they are directly injecting fear, uncertainty and doubt in the mind the the Russian public.  The only good news, but it is very good, is that more and more Russians are getting really upset with these characters: they support Putin and the military operation, and they are really getting fed up with the Atlantic Integrationists and their way to patronize 5th columnists (which is what Peskov did).

I very much hope for the day when the likes of Peskov and Medinski are given their retirement package and are replaced by a completely different kind of person.

[Sidebar: I wonder if those who emphatically denied even the existence of Atlantic Integrationists will now have to honestly admit that they were wrong.  Probably not :-)]

Now let’s take a look at the recent vote to suspend Russian from the UN Human Rights Council:

First, notice that neither Hungary nor Serbia had the courage and decency to abstain (nevermind oppose).

Second, while this map does not accurately reflect how the actual people in these countries feel about this war, this map does a superb job showing us the list of pure comprador colonial ruling classes.  So here is the score for our planet: the Empire, while already dead, still rules, by momentum, over 151 governments and only 24 countries have what it takes to openly oppose the voting directives from the Empire of Hate and Lies.  The 58 countries which, like Pilate, have washed their hands from this vote are particularly pathetic, just like those who did not have the courage to even show up for the vote.

As for those who “voted green”, I wish I could send them each a small bag with 30 silvers coins inside.

Radovka posted an interesting map showing how the world is split:

And here is a sanctions map I came across recently:

Of course, this is just a still-shot of an evolving situation.  But the real value of these maps is that it shows three different groups:

Since the beginning of this war, the Russians have suffered many casualties trying hard NOT to harm civilians or the civilian infrastructure.  The Ukronazis did the polar opposite: not only have they kidnapped thousands of people who have been “disappeared”, they have openly attacked civilians in the LDNR and since the SMO they have unleashed their hatred against almost every town they had to evacuate (to make the local “separs” pay and to blame it all on “Russian atrocities”.

And the West noticed absolutely *nothing*.

At least officially.  In reality, of course, this is directly the result of the kind of “instruction” the Ukronazis have received from their Anglo masters.

Here is the ugly truth nobody wants to openly admit: the West wants to genocide Russia and the West is ALREADY genociding the people of the Ukraine.  If the Empire of Hate and Lies has its way, this war will last as long as possible, include as many horrible atrocities as possible and a total destruction of the civilian infrastructure of the Ukraine.

As for Russia and the Russian people, there is only one thing I have not heard from our wonderful western neighbors yet: the screams “crucify them!  crucify them! crucify them!”.  Of course, that is not how the modern Crusaders express their feelings, they just want to “cancel Russia” – different words, same meaning.

If all this sounds demonic, it is because it is.  Literally.  And Russia history is filled with such genocidal invasions, and today, in conclusion, rather that use words I want to use a few paintings by the Russian artist Il’ia Glazunov.  I don’t want to “explain” them, just look at them and you will maybe understand the Russian people and their history a little better than before, at least that is my hope.

Previous: Sitrep: Operation Z
Next: Gonzalo Lira: Russia AND the US Miscalculated In This War